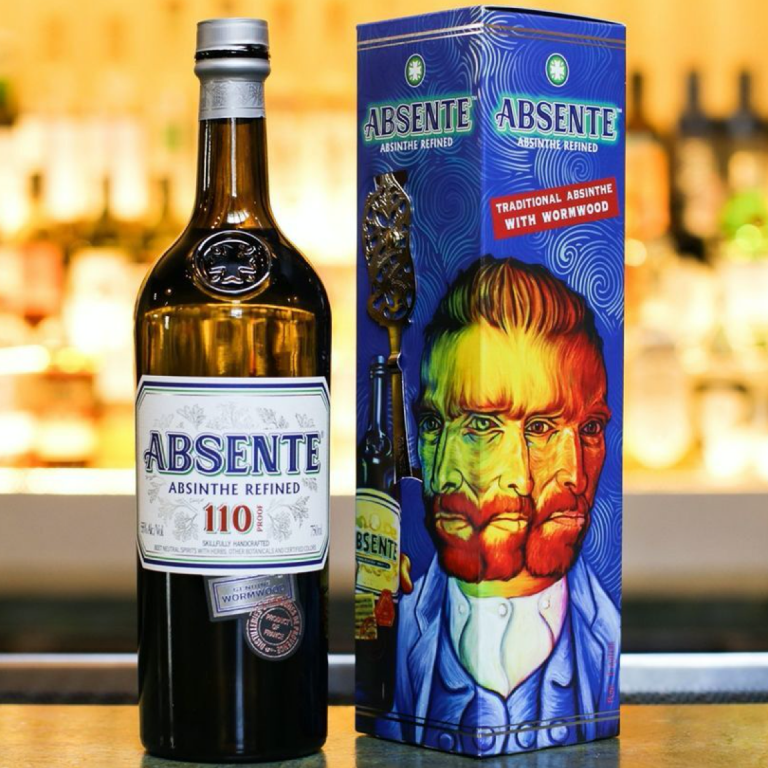 
Absente Absinthe Refined was the first brand to bring authentic absinthe back to the U.S. since 1912, and it’s still a go-to for fans and newcomers alike.

This advertising content was produced in collaboration with SevenFifty and our partner, Crillon Importers.

Absinthe’s story in the United States restarted with Absente Absinthe Refined in 1999, when Absente became the first authentic absinthe to be legally sold in the U.S. since the spirit was banned in 1912. By “authentic,” we mean that Absente is distilled from wormwood and therefore contains thujone, the fabled, mind-altering substance naturally present in the herb, which initially led to absinthe bans. (When lifting the ban in 1999, the Bureau of Alcohol, Tobacco, Firearms, and Explosives limited thujone content to 10 milligrams per liter.)

Today, Absente is the leading name in absinthe for both dedicated fans and those who are curious about the Green Fairy that fueled creative minds like Vincent Van Gogh and Oscar Wilde. Its connection to the French absinthes of the 19th century makes Absente all the more desirable today.

Absente is made using a 160-year-old recipe chosen by Michel Roux, a legendary spirits marketing executive known for introducing Absolut vodka to the U.S. market and creating Bombay Sapphire in the 1980s. Convinced that the future of absinthe would best be found by looking to the past, Roux chose Absente from a group of 200 ancient absinthe recipes.

Wormwood, or Artemisia absinthium is the main botanical that forms Absente, giving the liquor a very bitter tone. Eight other botanicals round out the spirit’s flavor profile: Star anise adds a soothing sweet licorice note; lemon balm contributes a hint of citrus; mugwort builds on the balancing bitterness from the wormwood; and peppermint adds a kick of freshness. All of the botanicals come together at an ancient distillery in the French Southern Alps, which uses artisanal methods to let the ingredients shine.

This herbaceous absinthe is aromatic at 110 proof, with a spicy and bitter finish. Even with the intense profile, the measured botanical recipe ensures a symphony of flavors that work together for an absinthe you’ll enjoy no matter your preferred way to sip.

Absente pairs beautifully in beloved classic cocktails like the Sazerac. It also holds its own in refreshing absinthe spritzes and tonics, adding an herbaceous note without overwhelming. The historic way to serve Absente is through the traditional “absinthe ritual” method that was popular in the 1800s. Pour two ounces of Absente in a glass, upon which a sugar-cube-topped absinthe spoon is placed. Then, drip two ounces of cold water over the sugar. The water turns the absinthe cloudy, an effect called louche, and lets the flavors of the spirit unfold and open for a delightful aperitif.

Each bottle of Absente comes with the legendary absinthe spoon used for the ritual, packaged in a box featuring Van Gogh’s self-portrait. Because the brand is closely associated with the artist himself, Absente is fully benefiting from the interest generated by the 3D Van Gogh exhibitions popping up all over the U.S. this year.

The market has changed since Absente sat on shelves as the only true absinthe in the U.S. two decades ago. Yet it’s Absente’s connection to these days gone by that makes it an easy choice among the other green bottles on the shelf.