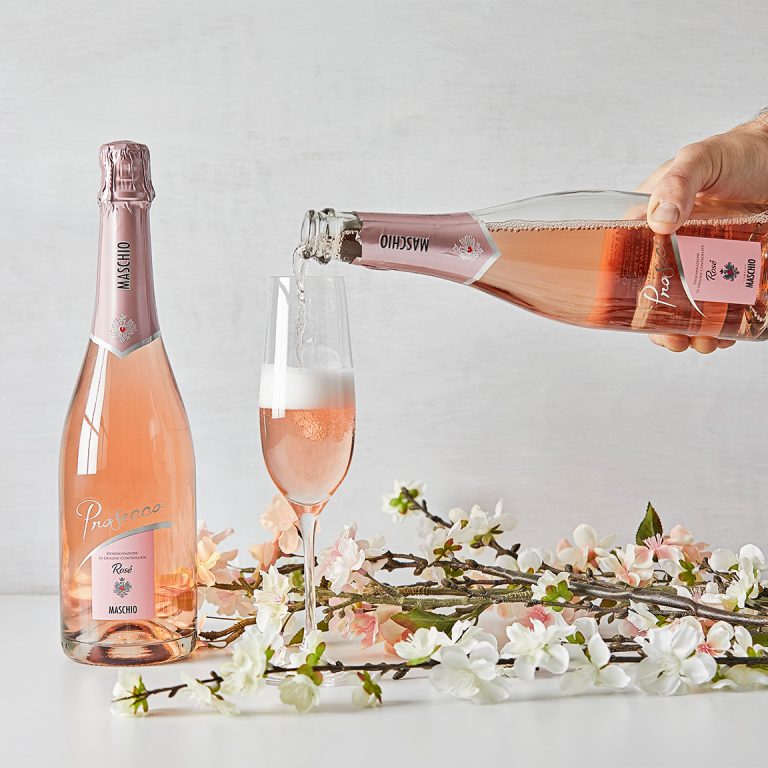 
Since its introduction to the U.S. in early 2021, Prosecco rosé has taken the market by storm, succeeding in both restaurant programs and retail selections. Thanks to heritage producers like Cantine Maschio, which maintains a foundation of quality while embracing a forward-thinking mindset, this is only the start for this exciting new category.

This advertising content was produced in collaboration with SevenFifty and our partner, Cantine Mashio.

Just when you thought Prosecco, Italy’s phenomenally successful sparkler, couldn’t get any better, it actually does. That’s thanks to leading producers like Cantine Maschio upping the benchmark for viticulture and production standards in the region, and to the new changes in regulations giving Prosecco rosé a long overdue official recognition.

The eagerly anticipated new designation, which began landing in the U.S. in early 2021, marries two of the world’s most popular wine styles. Both have been on a continued, upward trajectory in the U.S., with Prosecco sales growth making up for Champagne declines in 2020, and rosé posting a 118 percent sales volume growth between 2015 and 2020, according to the IWSR.

“We are very satisfied with this new path for Prosecco DOC, which now offers consumers two ways to enjoy our territory,” says Gabriele Cescon, the winemaker for Cantine Maschio. The winery sources its grapes from the steep hills of Valdobbiadene and Conegliano, and the lowlands of the Piave Valley.

Though Cantine Maschio has a deep history in the Veneto, the team doesn’t shy away from innovation—after all, when it first converted to Prosecco production in 1973, it did so with cutting-edge winemaking technology, becoming known for the 200-milliliter, single-serve format. Today, it is one of Italy’s top five Prosecco brands, making it a natural leader in the Prosecco rosé movement. The pink addition to the category “represents the natural evolution of Prosecco DOC,” says Cescon. “It is a wine that meets the needs of consumers’ evolving tastes.” The winery’s Prosecco Rosé Extra Dry 2020 became the newest addition to its stateside portfolio earlier this year.

For this new venture, Cantine Maschio brought its same careful, quality-minded approach to winemaking to the table. It collaborated with the esteemed University of Padova and the Enological School of Conegliano in a three-year experiment in order to find the perfect balance between  the Glera and Pinot Noir grapes approved for the new rosé category. The latter grape can comprise up to 15 percent of the blend, adding elegance and complexity, Cescon says, without overshadowing the signature fruit-forward freshness of Glera. The final wine, he says, “satisfies even the most discerning palates with its rose color and distinct flavors and bouquet.”

The Consortium estimated total Prosecco rosé production at 30 million bottles from January to May 2021, with export forecasts eventually reaching up to 80 percent. Since the category was introduced to the U.S. market in spring 2021, sales have not disappointed. According to Nielsen data from Aug. 14, in its first eight months stateside, Prosecco rosé represented $13.6 million in sales with 79,000 cases imported.

The sales speak of the pent-up demand for such an innovation in Prosecco, but behind that market success are producers such as Cantine Maschio who have long been stewards of their territory, their brands, and yet, have a vision for the future. For Cescon, that has been prioritizing sustainable practices in viticulture and in the winery, by reducing waste, conserving water and adhering to global benchmarks recognized by third-party certifications. Cantine Maschio’s Proseccos are also produced without GMO and gluten, suitable for vegan wine lovers.

All that attention translates to quality in the bottle. A slow secondary fermentation results in a fine perlage that gives it its trademark elegance. In the glass, Pinot Noir’s fresh red-berry flavors marry with Glera’s white flower and citric freshness for a full-bodied wine that can go from aperitif to casual dinner table.