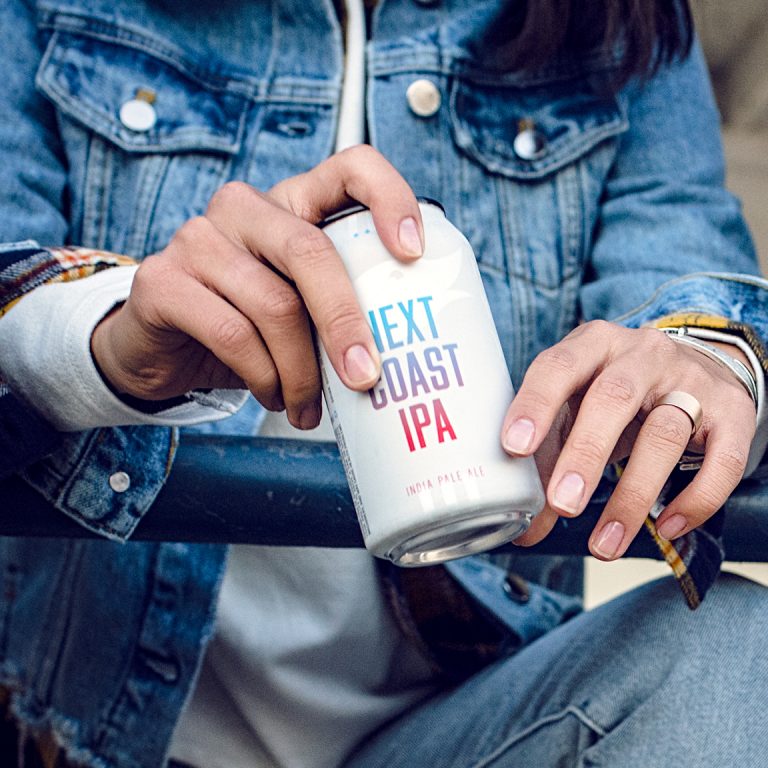 Long before most Americans knew what an IPA was, John Hall established Goose Island Beer Co. in the Lincoln Park neighborhood of Chicago. The year was 1988, and the catalyst for Hall’s new business was an article he’d read about the nascent brewing movement in the United States (in an in-flight magazine, of all things). Looking back on it now, this history makes perfect sense because Goose Island beers—from Goose Honkers Ale to Bourbon County Brand Stout—have always been about taking risks and enjoying big payoffs. Today the brewery is recognized as a true pioneer of American craft brewing.

This advertising content was produced in collaboration with SevenFifty and our sponsor Anheuser-Busch; it does not necessarily reflect the views of SevenFifty Daily’s editorial team. For more information, please refer to our ethics guidelines.

For Christina Perozzi, the senior manager of education at Goose Island, balancing fresh ideas in the brewery while preserving the brand’s legacy is crucial to Goose Island’s success. “We want to stay loyal to all the beer drinkers who love Goose Island for our flagship beers,” she says, “but at the same time, craft breweries are innovators, and we need to innovate.”

“We love to use our Chicago taproom as a place to test new beers and see what people like,” says Bobby Banahan, Goose Island’s senior brand manager. Another beer that tested well in the Chicago area—and will also be released nationally this year—is the Next Coast IPA. Banahan calls it a standout IPA that remains approachable. “It’s 7% ABV, but it doesn’t drink like it’s 7%,” he says. “It combines the best of East Coast and West Coast IPAs—with the tropical flavors of the East Coast style and the classic pine notes of the West Coast style.”

Much of the innovation at Goose Island happens slowly within the wooden casks of the company’s barrel warehouse. “We were the first people to commercially produce a beer that was aged in bourbon barrels,” says Perozzi, referring to the Bourbon County Brand Stout, which has a cult-like following among beer aficionados. First brewed in the mid-1990s, the stout kicked off a series of barrel-aged brews that continue to push the envelope for beer enthusiasts seeking new, fresh, and innovative flavors.

“Pairing beer with food has become an important part of our program with on-premise accounts,” says Perozzi. “And our beers are brewed for food.” She says that much of her role in education at Goose Island focuses on finding inventive pairings similar to those promoted by the wine category. “This,” she adds, “is really what a lot of restaurant and on-premise accounts like about our beers.”

Since joining Anheuser-Busch in 2011, Goose Island has remained true to its roots as a craft brewer while tapping into expanded resources and ingredients to move its beers forward. For example, the brewery’s new relationship with Elk Mountain Farms in Idaho—a 1,700-acre “hop heaven”—has enabled its brewers to source from 10 primary hop varieties and to tinker with more than 108 experimental varieties.

Banahan also notes that Anheuser-Busch’s scale has allowed Goose Island to ensure “ridiculously high quality standards” for all its beers. “You can really count on Goose Island for consistency and quality,” he says. “And our distribution allows us to be available no matter where you are in the country.”

From Goose IPA to Matilda, a Trappist-style ale, Goose Island offers the beer category a compelling approach that satisfies popular tastes and rewards those who venture out of their comfort zone.