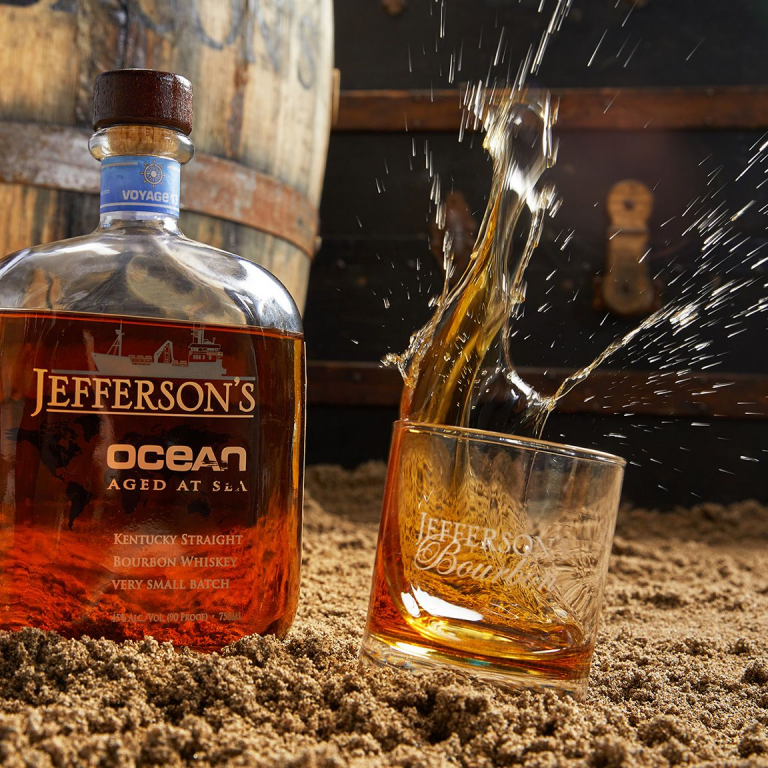 
Founded in 1997, Jefferson’s Bourbon has earned a reputation for experimentation and ingenuity––who else has packed their barrels aboard a boat and sent them across the high seas to age?

This advertising content was produced in collaboration with SevenFifty and our partner, Jefferson’s Bourbon.

Jefferson’s Bourbon is known for playing with the aging process and pushing the boundaries of bourbon––with ingenious results. The brand’s unique and sometimes unorthodox approach to the maturation process and art of blending have allowed it to achieve the distinct characteristics and unique flavors it is known for today.

This spirit of discovery is what led to Jefferson’s Ocean, a small-batch, 90-proof bourbon, and one of the brand’s core offerings. It’s fully matured in Kentucky, then placed in rickhouses on ships to travel the globe for six months, stopping in thirty ports, touching five continents, and crossing the equator four times before being bottled. That makes it some of the best-traveled whiskey around.

Founder Trey Zoeller had the idea while aboard fellow Kentucky native Chris Fischer’s research ship in 2008. Fischer is the founder of OCEARCH, a nonprofit monitoring the health of the ocean by tracking apex predators, like great whites and tiger sharks. While sharing a whiskey on the deck, Zoeller found himself wondering: What would happen to bourbon if aged on a boat?

He strapped five barrels of Jefferson’s to the MV OCEARCH, a 126-foot, Cat-powered vessel, and left them for more than three years. He theorized the constant agitation from the pounding waves, paired with the salty air and extreme weather fluctuations, might impart a unique flavor profile––and he was right. The result is a hyper-aged and complex bourbon, darker, richer, caramelized, and with just a hint of brininess from its oceanic adventures.

Since then, Zoeller has sent hundreds of barrels around the globe. With no two batches the same, each bottle necker is inscribed with the details of the voyage, so the drinker can experience its journey with every sip.

This is just part of the uncommon story of an uncommon brand. Zoeller founded Jefferson’s Bourbon in 1997 with his father, Chet, a famed bourbon historian; both hail from a family whiskey tradition dating back eight generations. The willingness to break the rules in the name of great bourbon is deeply ingrained; Zoeller’s grandmother was arrested in 1799 for the “production and sales of spirituous liquors.” The quality of Jefferson’s Bourbon received a seal of official recognition in 2019, when it was acquired by Pernod Ricard.

Despite 25 years of innovation, Zoeller has no shortage of creative plans for the future as Jefferson’s Bourbon ongoing journey of discovery continues.