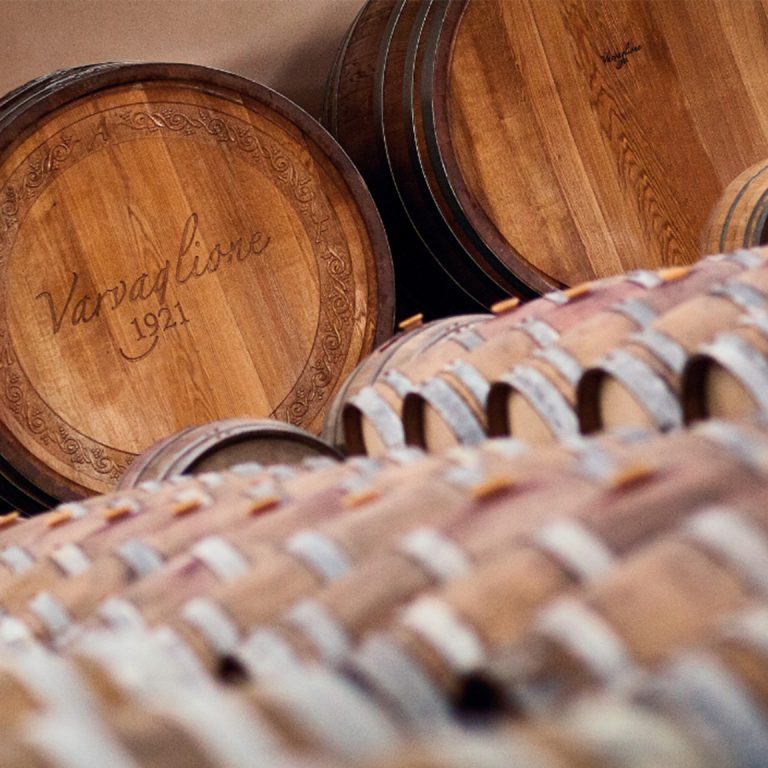 
With a fresh, juicy, and lower-alcohol expression alongside their traditionally powerful cuvées, this family-run winery is crafting Primitivos unlike any other in Italy

This advertising content was produced in collaboration with SevenFifty and our partner, Varvaglione 1921.

As the star grape of southern Italy’s Puglia, Primitivo is typically lauded for its intensity, heft, and structure. But Varvaglione 1921, a family winery led by its third and fourth generations, is intent on exploring this sun-loving red grape’s full spectrum as a wine.

The latest and most progressive Primitivo is part of the winery’s new 12 e Mezzo line. The name means “12 and a half,” for the wines’ 12.5 percent alcohol by volume— essentially two percentage points below the region’s typical Primitivos (which can even run to 16% ABV). To achieve the 12.5% ABV, young vines (between 6 and 20 years), ripened in Puglia’s warm and dry Salento, are harvested five days earlier than the other Primitivo parcels, then fermented at a lower temperature.

Varvaglione 1921’s modern twist adds a new chapter to the story of a grape that in the 1990s was discovered to be genetically connected to both Zinfandel and Croatia’s Plavac Mali. The new label also reflects the latest milestone for a family whose successive generations have each expanded the family brand and added a spark of innovation.

The early Varvaglione wines, made starting in 1921, were widely shared but not sold. One generation later, soon after World War II, Angelo Varvaglione went commercial, making vino sfuso—everyday wine sold to locals who came and filled their own vessels. Keeping his father’s traditional winemaking techniques, third-generation Cosimo Varvaglione steered production toward native grapes and old, alberello (bush-trained) vineyards. Cosimo’s wife, Maria Teresa, an accountant and businesswoman, successfully advocated for bottling the wines under the Varvaglione 1921 brand in the early 2000s. In 2011, to celebrate the 90th anniversary, the winery added a terroir-driven, naturally more intense, and complex Primitivo di Manduria: Papale 2008.

Marzia, the eldest of three siblings under 30, joined the business in 2013. Within one year, Varvaglione 1921 shifted production to a new facility, and Marzia developed new marketing plans and packaging, leading to 12 e Mezzo. The multi-gen approach is working: for three years running, 2015-2107, Varvaglione was the only Italian wine business included in The Financial Times’ 1,000 fastest-growing EU companies.

Strategy for 12 e Mezzo focused on the wine inside and out. While emphasizing today’s international trend toward fresh, enjoyable-young wines, the bottles wear simple yet sharp-dressed “fashion” labels featuring patterns such as polka dots and houndstooth. In addition to five varietal wines (Malvasia, Pinot Grigio, Negroamaro, and Rosé of Negroamaro in addition to Primitivo), there are two 12 e Mezzo bottlings from organic grapes: Primitivo and a white blend (Chardonnay with Malvasia), with labels of recycled cotton.

With 150 hectares plus decades-long relationships with local grape growers, the winery is now among Puglia’s oldest and largest, with wines sold in more than 60 countries. Even as they increase exports, the family has also strengthened its connection to the region. Maria Teresa Varvaglione chairs the local wine cooperative and promotes tourism to Puglia. In 2018, the family acquired the 17th-century Masseria Pizzariello, one of the region’s historic farm estates, for use as an event space. And residents around the new winery can still come by and fill bottles directly from the tank.

Over half of Varvaglione 1921’s annual production of 4 million bottles is Primitivo. Here are the three best-sellers, imported by WinesU:

At 12.5% ABV, this is a unique, yet representative, Primitivo of Puglia. From yields below 9,000kg per hectare, and aged for at least three months in American oak, it is a spicy, structured wine with dark fruit aromas and tobacco and cocoa edges.

Made from organic grapes, this bottling highlights Primitivo’s potential for acidity-driven wines; red and black fruit with violet notes are fortified by spice aromas from a quick pass in French oak.

Created for their 90th anniversary, this is now Varvaglione 1921’s flagship wine, expressing characteristic wild-berry aromas and 14% ABV. It is hand-harvested and barrique-aged (French and American) a minimum of 10 months. Today Papale is the only Primitivo in the world available in a complete vertical tasting from 2008 to current day.