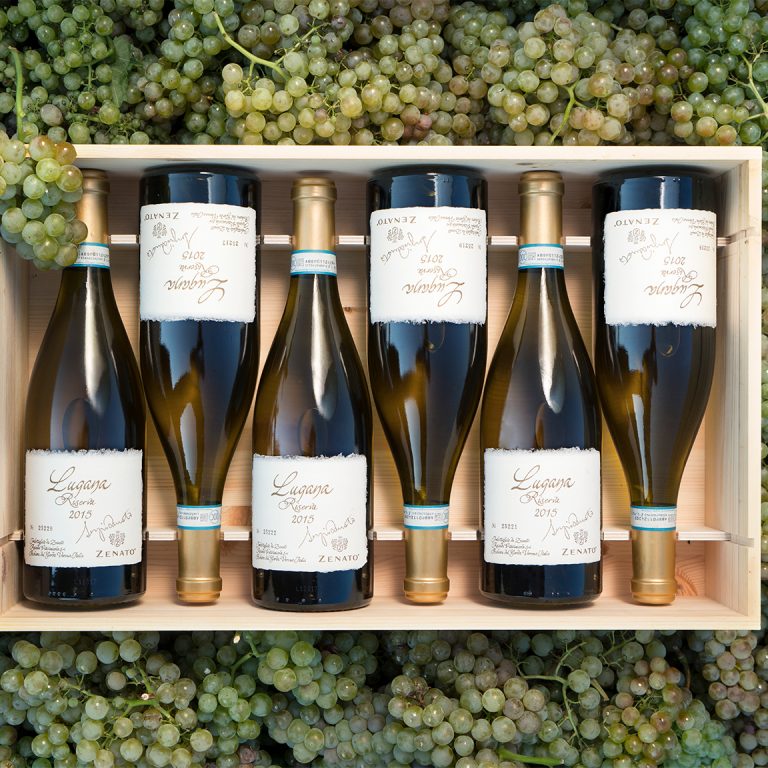 Zenato: The Soul of Lugana


A leader in white-wine making in the Lugana DOC, the Zenato family has championed the local Trebbiano di Lugana grape variety for over 60 years. Today, their refreshing array of Lugana wines showcases the exceptional variety that Lugana has to offer.

The Italian wine region of Lugana might not yet be a household name, but the name Zenato is. At least that’s the case in northern Italy, where the Zenato family has pioneered the making of the trademark white wines since 1960.

The Zenato name is synonymous with Lugana, the small DOC that straddles the Veneto and Lombardy on the southern shores of Lake Garda—Italy’s largest and, arguably, most breathtaking lake. Until recently, the area was best known for the summer tourist towns of Desenzano, Peschiera, and Sirmione, but this patch of quality vineyards is now catching up.

The lake is not only a major geographic and geological feature, but also creates a beneficial microclimate for growing grapes, primarily Trebbiano di Lugana. Though Zenato has made its name with Valpolicella wines in the Veneto region of the same name, in Lugana, Trebbiano is its calling card.

The white grape has been somewhat in the shadow of its neighbor, Soave—in fact, its early name was Trebbiano di Soave until it claimed its own identity linked to the lake terroir, where its finest expressions emerge. But champions like the Zenato family have long believed in the grape’s potential to craft dynamic, refreshing white wines, given its naturally high acidity and ability to translate minerality derived from the low glacial-age morainic hills and clay soils of Lugana.

Founded by Sergio and Carla Zenato, the winery is now run by the second generation and remains an advocate for local grapes. Nadia Zenato oversees winery administration, and her brother Alberto leads winemaking operations, from vineyard to bottling.

In Lugana, Zenato’s dedication to the Trebbiano di Lugana grape and this special northern Italian region is showcased through three signature wines: Zenato Lugana San Benedetto, Sergio Zenato Lugana, and Zenato Lugana Brut. The Lugana San Benedetto is produced from the best grapes from the eponymous historic vineyard, considered to be among the appellation’s most prestigious. Full-bodied, the wine delivers dried apple, and pear notes with a lacing of tropical pineapple.

The grapes for Sergio Zenato come from the oldest vines on the family’s Podere Massoni. Harvested in mid-October, with 70 percent fermented in oak, the wine delivers a richer, riper expression and remarkable aging potential. Made in the metodo classico style, the Lugana Brut features orchard fruit—pear, apple and peach—marked by citrus and fresh minerality.

Not only do Zenato’s Lugana offerings highlight the wonderful variety and potential of this under-the-radar wine region, but they also serve as the perfect complement to the family’s special Valpolicella reds.