Our downtown Dallas restaurant, Bullion, opened just over a year ago, in November 2017. Already, the wine program has evolved greatly. When I was recruited to be the beverage director and sommelier before Bullion’s opening, the owners’ vision was much different from what it is today. The idea was to create a primarily French wine program, supplemented with a small number of California wines to play to the Dallas market—that part hasn’t changed all that much. Bullion’s co-owner and executive chef, Bruno Davaillon, hails from the Loire Valley in France, so we knew that the flavors from that area would influence the cuisine and wine selections at the restaurant.

After earning a Michelin star at Alain Ducasse’s Mix in Las Vegas (which has since closed) and cooking multicourse tasting menus at Rosewood Mansion on Turtle Creek here in Dallas, Chef Bruno looked forward to the opportunity to cook the dishes that reminded him of his childhood in France. So we wanted Bullion to be a brasserie, offering classic French dishes with a twist. I planned to emphasize a good selection of Loire Valley Chenin Blanc, Sauvignon Blanc, and Cabernet Franc to pair with dishes like pâtés, rillettes, and rabbit, and we wanted to keep prices accessible, focusing on bottles between $60 and $80.

But the restaurant itself, fashioned by Martin Brudnizki Design Studio in London, is gorgeous. We became one of the nicer restaurants in Dallas, even a destination restaurant, so our guests are often dining with us on special occasions. It’s therefore become a priority to balance the upscale and the casual, even in the wine list.

Initially, we decided to have a 150-selection list, so I put together something that fit our initial concept. Before we even finished our soft opening with friends and family, we realized that that model wouldn’t work for us. Guests would walk in and ask for Grand Cru Burgundy or excellent Bordeaux, so if I limited the list to 150 selections and tried to represent all French wine regions, it would have been too challenging to maintain an array of high-end wines at the same time.

Now the list includes about 600 selections, with a heavy concentration of wines from Champagne, Burgundy, Bordeaux, and of course, the Loire Valley. While we have benchmark examples from every French wine region, that initial, value-oriented $60 to $80 price point remains a focus for us. It’s my goal to have a good selection of wines from every region within that price range.

I’m originally from Chicago, but I came to Dallas after working in San Francisco, Seattle, and most recently, New York. A lot of people think that Dallas drinkers have their go-to wines and don’t really venture out of their comfort zones, but that’s not entirely true. There are a lot of educated wine drinkers here, and people enjoy browsing the list—which is literally just a list, without a lot of tasting notes or icons—and get excited when they see certain wines. Our wine list isn’t the typical Texas wine list, but it really grew organically, based on the bottles that our guests wanted to drink. 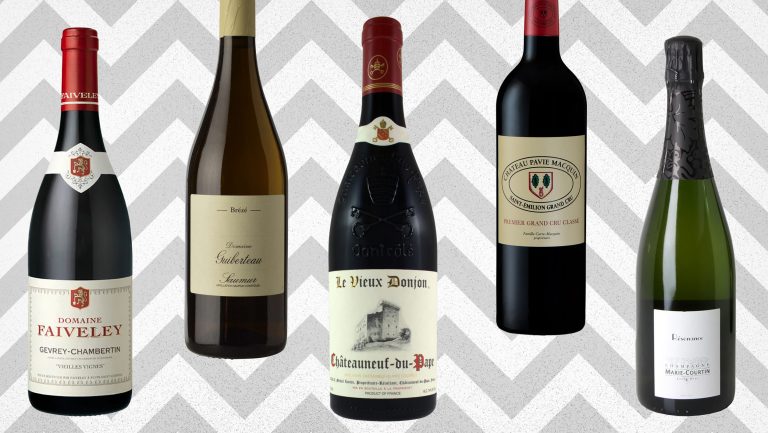 With our location in downtown Dallas, it’s important to have traditional Champagne houses on our list, but it’s so fun when a guest wants to talk about grower Champagne. This Extra Brut cuvée from Marie-Courtin is what I recommended last night when a guest asked for a clean and fresh style of Champagne rather than a rich, complex one. The Résonance always serves as a nice conversational piece that allows me to talk about grower Champagne.

This is one of the first wines I bought for the list, and now I have the last two cases in Dallas, which makes me both happy and sad. This Guiberteau illustrates why the Loire Valley is important to the restaurant, but it also serves as a fun pivot point for guests who like unoaked Chardonnay but are open to trying new things. It’s a Chenin Blanc that isn’t cidery—rather, it’s precise, energetic, and mineral driven, which is why it was a great recommendation for a mildly adventurous guest last night. You really can’t go wrong with this wine—it’s insanely food friendly, it’s from an excellent producer, and it completely represents what our wine list is about.

This wine has a crazy quality-price ratio—a Vieilles Vignes Gevrey-Chambertin for $128! It’s challenging to keep good-quality wines from excellent producers on the list for that price point, but stylistically, this is super classic, with concentration and balance. I also love that I was able to say to a guest who requested California Pinot Noir, “Listen—this doesn’t taste like Cali Pinot, but it’s a Pinot Noir that is complex, elegant, lean, and perfect with food.” I like to show guests an expression of something that they already love from a different part of the world.

Unlike the Faiveley, this wine is great for the guests who say, “I want a big, fat California Pinot Noir, and I don’t want anything that tastes different,” which is exactly what happened last night. Wines from traditional Southern Rhône producers are great for replicating that soft, rich style of Pinot, and the Vieux Donjon has more extraction, color, and spice than some other Châteauneuf-du-Papes. I’ve also found that many people have heard of Châteauneuf-du-Pape but haven’t tasted a lot of it, so it’s exciting to put this bottle in front of them. As an added bonus, this is a great wine to pair with food because it’s versatile enough to stand up to any dish without overpowering it.

When one of my guests last night requested a big, full-bodied wine, I said, “Okay—I got you.” Then I presented them with this, a powerful Right Bank Bordeaux. Even though it’s full and concentrated, it’s well balanced, with beautiful fruit and definite oak presence. It’s one of those wines that we can put in front of people who want big wine, and it always delivers.

—As told to Courtney Schiessl

Andrew Schawel is a sommelier and the beverage director at Bullion Restaurant in Dallas. Born and raised in Chicago, he worked as a barista at the Fairmont Hotel in San Francisco before moving to Seattle and joining the staff at Canlis, where he worked his way up to lead server while taking classes with the International Sommelier Guild. After becoming a Certified Sommelier with the Court of Master Sommeliers, Schawel became the first sommelier at Union Square Cafe and eventually became the wine manager. When the restaurant’s original location closed, he joined the sommelier team at The Modern, a two-star Michelin restaurant that earned a Wine Spectator Grand Award during his tenure; in addition, Schawel worked as a consultant in wine list development and staff education before his move to Dallas.

The point person behind the Israel Wine Producers Association discusses his techniques for selling the largest U.S. import portfolio of wines from Israel