Looking back at our top spirits articles of the year, our readers were especially interested in what’s new in retail, restaurants, and bars. The factors behind the rapid growth of hard seltzer garnered the most attention, and the evolution of draft cocktails performed highly, as well. Aside from the trends impacting the industry, our audience showed a love for the science behind the spirits. How do distillers use yeast to influence character? What is “milk washing,” and how do clarified cocktails create that silky, transformative mouthfeel?  These are the topics that our readers loved most this year, as you’ll see below.

5. How Distillers Use Yeast to Influence Character in Spirits

Whether wild or cultivated, yeast can help distillers differentiate the flavor and complexity of whiskey, tequila, and other liquors

An increasing number of distillers are emphasizing the role that yeast plays in building flavors and complexity, though it may not—yet—get the same media attention as fancy barrel finishes or the use of heirloom grains. A handful of distillers are even starting to spotlight the humble microorganism in consumer-facing marketing initiatives, as Glenmorangie did earlier this year with its Allta bottling. The name, Scots Gaelic for “wild,” trumpets the fact that this experimental bottling was the first whisky the producer made with wild yeast. [Read more]

4. What Buyers Need to Know About Japanese Whisky

With lax regulations and little transparency, the liquid in the bottle may be different from what you expect

Japanese whisky has ballooned from near obscurity into one of the world’s most exclusive spirits categories. It’s happened at breakneck speed—sales across the United States increased nearly sevenfold, from $6 million to $40 million, between 2014 and 2018, according to the Distilled Spirits Council, a lobbying group based in Washington, D.C. As with the success of any commercial good, it’s as much about the marketing of a mythology as it is about the product itself. People love a good story, and the Japanese spirits category leans heavily on the island nation’s reputation for meticulous craftsmanship. But there’s a sizable twist to this tale: Some of the whisky bottled in Japan isn’t actually being made there. So are restaurant, bar, and retail buyers really purchasing and selling Japanese whisky—or just a bill of goods? [Read more]

3. The Science of Clarified Cocktails

At the New York City restaurant Quality Meats, Bryan Schneider, the bar director of the Quality Branded group’s restaurants in New York, Miami Beach, and Denver, serves a cocktail of one part rye whiskey and two parts Angostura bitters. It sounds potentially undrinkable, but it goes down smooth. The secret? Milk washing, or milk clarification, a technique with centuries of history that’s currently enjoying a fresh burst of popularity and finding its way into cocktail recipes around the world. [Read more]

2. The Evolution of Draft Cocktail Programs

Once avoided by many in the industry, draft cocktails have become commonplace as more bars seek an affordable way to buy into the premium mixed drinks business, and others with established cocktail programs use them to boost sales. The trend is fueled by the rising costs of doing business for many establishments—draft cocktails can be a way to offset that expense through higher-priced offerings that can be poured quickly and efficiently. [Read more] 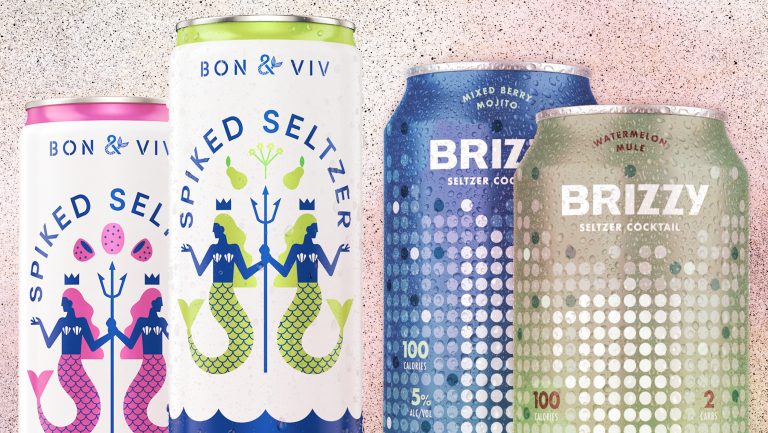 Spring has arrived in much of the U.S., and if the last few years are any indication, an increasing number of consumers will be packing their coolers with hard seltzers, choosing them as an alternative to wine, beer, and spirits for outdoor activities. The rise in popularity of hard seltzer has been fueled by the recent trend toward more health-conscious drinking habits and a preference for low-alcohol beverages, particularly among millennials. [Read more]

With the TTB’s new standards of identity poised for approval, is it finally American single malt’s time to shine?

Driven by continued growth of rosé wine, as well as visual appeal in the glass and on social media, the color pink has spread its way across clear spirit categories

English whisky, a previously nonexistent category, is growing fast with a flurry of new brands soon to arrive on U.S. shores

On-premise operators are seeing increased buzz for all things vodka, from premium calls to nostalgic recreations of classic cocktails