Our top-performing spirits features this year share a common theme: innovation. Readers devoured reports on new and exciting category trends, from the fresh energy infused into the world of botanical spirits to a move towards rice whiskies among American craft distillers (both written by the supremely talented Jack Robertiello, who passed away in October). Fittingly, the number one spirits article of 2021 spotlighted those who are driving innovation in the whiskey industry—Noah Rothbaum’s comprehensive feature on whiskey’s game changers.

Irish whiskey is widely regarded as an accessible, beginner’s brown spirit for good reason: Many are traditionally triple-distilled, and most of the classic expressions from prominent brands like Jameson’s, Bushmills, Powers, and Tullamore DEW are matured in ex-bourbon American oak barrels for that familiar ultra-smooth texture and toasty flavor, and bottled at 40% ABV.

Lately, however, there’s been a flavor amplification trend in the Irish category, with distillers employing extended cask maturation, or blending with barrels that once held fortified wines like port or sherry, or even still wines. Some brands, like Tullamore DEW, are even experimenting with ex-rum or other ex-spirit barrels. [Read more]

4. Why U.S. Distillers Are Reaching for Rice

Driven by innovation, heritage, and an influx of rice whiskies from Asia, craft distillers are creating top-quality American versions

When Jedd Haas started his distillery Atelier Vie in New Orleans in the early aughts, rice whiskey wasn’t in the plan. But with other distillers already making Louisiana sugar cane rum, he wanted a way to stand out. “I had heard about various types of rice spirits made in Asia and thought, ‘Let those guys make rum; I’m going to make some rice whiskey,’” he recalls. Now, Atelier Vie’s annual release of Riz Louisiana Rice Whiskey sells out.

Haas is one of a small number of distillers who are crafting a contemporary image of what the world’s third most abundant cereal crop can offer. Rice has long been used in making spirits in Asia, from shochu and sake to baijiu and lao-lao, but it’s been largely absent in U.S. distillation until recently, as distillers look to expand the whiskey spectrum or connect with their Asian beverage heritage and culture. [Read more]

3. Vodka’s Neutral Days Are Over

The sluggish category sees new energy from innovative technologies and a craft-driven push towards terroir expression, new ingredients, and an emphasis on flavor

Vodka remains far and away the most consumed category of spirit in the United States. But although it accounts for one-third of all spirits sales (according to Nielsen)—with whiskey a distant second at 25 percent—vodka has been on a slow and steady decline for over a decade, according to data from IWSR Drinks Market Analysis. And it rarely enjoys the top-shelf placement of, say, craft gin or Japanese whisky.

Yet there are new signs of life in the category. Growth and excitement in the vodka space today are being fueled by craft-minded distilleries who are flipping the script on vodka. And their numbers are growing: In 2010 there were less than 400 craft vodka brands on American shelves; a decade later, there are over 1,500.

Rather than striving for the long-held holy grail of “smooth and neutral,” these producers are focusing on more pronounced flavors coming from the quality raw ingredients and water sources they are using. Fewer distillations, less filtering, novel new technologies, and an emphasis on provenance are driving the vodka conversation today (even the TTB removed the “flavorless, odorless, colorless” words from vodka’s definition in 2020) as producers—both small and large—aim to appeal to a new generation of drinkers. [Read more]

In the beginning, there was gin. More than one type, of course—genever, Old Tom, sloe gin, and more—yet ultimately the dominant style became London Dry, a bracing botanical spirit, tangy, and juniper-led.

But at the turn of the last century, as spirit entrepreneurs crowded the market with new ideas, the range of botanicals exploded, and gin began a wildly diverse category, particularly with the creation of the low- or no-juniper, citrusy New Western Dry style. Gin distillers made their marks by introducing a cornucopia of ingredients—chamomile, lavender, tea, mint, ginger, and far beyond. 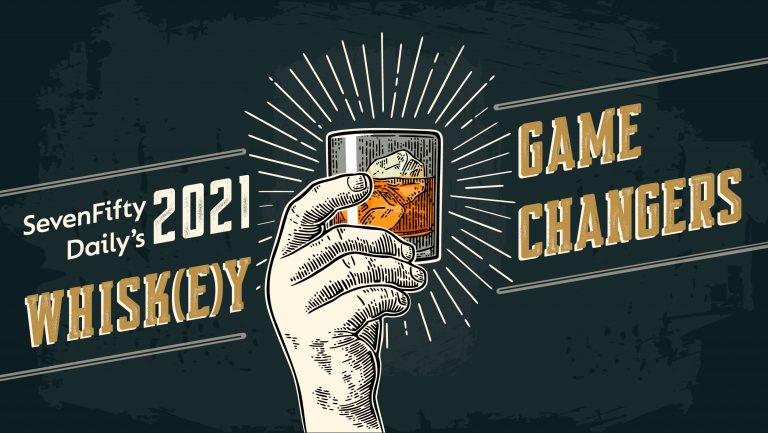 Meet 25 innovators bringing dynamic new ideas, techniques, and ingredients that are revolutionizing the world of whiskey

There has been a tremendous evolution in the whiskey industry. As sales skyrocketed and new innovators entered the category—at both established distilleries and new start-ups from India to Wales to Colorado—the category has been, and continues to be, reinvented. Creativity is surging. It now seems almost like nothing is off-limits as distillers and blenders experiment with new techniques, ingredients, and even philosophies of production and maturation.

There are now so many people in the industry breaking new ground, but this list highlights the people who are making meaningful contributions to the industry that will change not only how we drink today, but also in years and decades to come. [Read more]

The spirits industry is evolving to meet shifting consumer demands and a changing world. Here are the trends that will shape the year to come

From complications of agave spirits’ massive growth to the evolving category of ready-to-drink cocktails, these are the spirits stories that resonated most this past year

A cumbersome certification process and growing consumer awareness have prompted more mezcal distillers to embrace the agave spirits label instead.