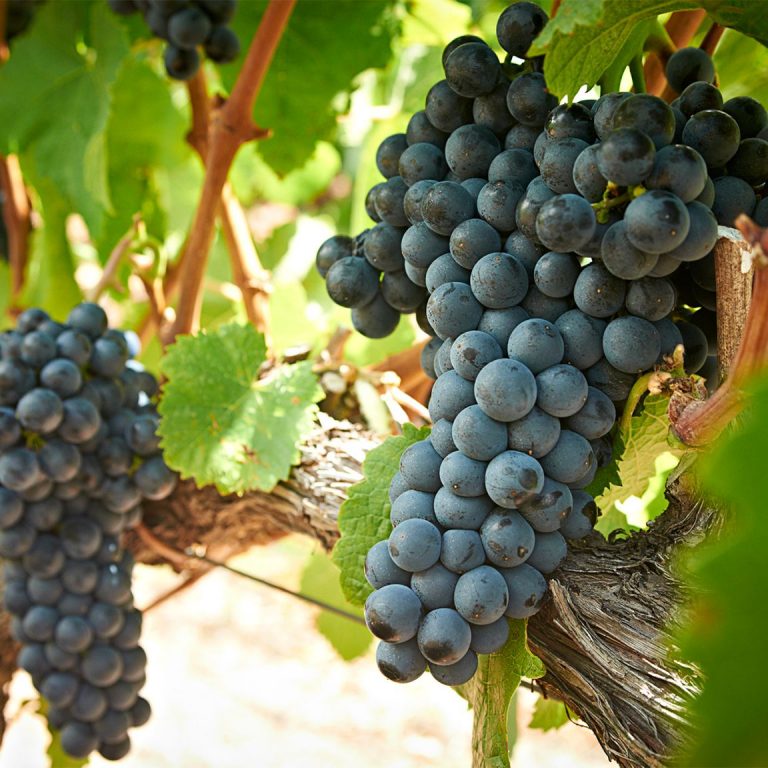 Uruguay is an unsung hero of South American wine with a vibrant wine culture and a new generation of winemakers exploring the country’s diverse terroir through its champion variety, Tannat.

This advertising content was produced in collaboration with SevenFifty and our partner, Uruguay Wine.

Although Uruguay has only been producing wine for just over 150 years, the nation’s wine families have a rich European-influenced wine heritage which is evident in the eclectic range of wines it produces, ranging from fresh, coastal Albariño to rich Petit Verdot and ripasso-method dessert wines.

Combining family heritage with a pioneering New World spirit, Uruguay today is seeing an explosion of new wine styles and vineyards, and with an increased focus on sustainability. Now exporting to over 50 countries, the world is starting to recognize this small yet high-achieving country.

Although Uruguay is relatively small, only a bit larger than New York state, it has an enormous diversity of soils with an impressive 99 classified types around the country—and vineyards are grown on most of these. In fact, 15 out of the 19 departments of Uruguay have vineyards, giving producers an enormous palate of terroirs to explore. From the schist hills of Mahoma, to the river gravels of Colonia, the limestone and clays of Canelones, and the red sands of Rivera, the range of terroir translates into wines with a distinct sense of place.

The climate is, however, much less varied. Northern Uruguay, bordering Argentina and Brazil, has the warmest climate, influenced by the rivers and Pampa lands in the west, and by Brazil’s subtropical highlands in the east. Nonetheless, the lion’s share of vineyards are concentrated on the coastline with 95 percent of the national total planted there. Uruguay’s Atlantic coast is cool with temperatures and rainfall somewhere in between those of Galicia in northern Spain and Bordeaux in southern France. In this sense, it is much more akin to the wine regions of the Old World than the arid, hot, and relatively consistent climates common in most of the New World.

The past decade has seen an increased focus by winemakers to craft wines that express the unique soils of each vineyard site,vintage, and family heritage. Today there are terroir-driven styles of Tannat and Uruguay’s other major varieties emerging from key wine regions around the country.

Canelones and Montevideo represent the heart of Uruguay’s wine industry, accounting for 80 percent of its production. In rich soils of typically clay and limestone, with a moderate maritime climate, Tannat, Merlot, and Cabernet Sauvignon fare best here; the red wines lean toward dark fruit flavors and concentration with firm tannins.

Further north and east, in the region of Maldonado, where the climate is a bit cooler and soils are typically poor and granitic, the red wines express more red fruit character and tangy acidity. A growing number of wineries are producing fresh white wines on the coast, with Albariño emerging as the local star. New vineyards in the coastal regions of neighbouring Rocha and Lavalleja are also showing potential helping drive this contemporary style of fresh whites in Uruguay.

Toward the west coast, the schist soils of the Sierras de Mahoma subdistrict in San José are providing an exciting new dimension and yielding red wines with verve and sanguine aromas; Tannat, Cabernet Franc, and Pinot Noir especially thrive here.  Furthest to the west in Colonia, where the River Plate spills into the Ocean, the climate is warmer and the soils are mainly limestone, clay, and gravel; red wines here are typically more generous and silky in style. Further along the river upstream along the border of Argentina and toward Salto and Paysandú, a warmer climate results in riper wines and red varieties also dominate.

Further inland, Durazno is at a crossroads with both a maritime and continental influence making balanced wines and Cabernet Sauvignon is emerging as the regional champion. Finally, located in the north of the country, is the Rivera region, characterized by sandy soils and warmer daytime temperatures; the often-challenging Nebbiolo grape ripens well here, and Tannat expressions are ripe with smooth tannins.

Uruguay’s wine history officially starts with its independence from Spain, Brazil, and Argentina in the mid-19th century, although there were likely a few Criolla vines planted before. In these early days a wide range of varieties were cultivated, including the Basque variety of Tannat, which was known as Harraigue for decades, named after one of its great advocates, Pascual Harraigue who first planted it in Uruguay’s Salto region in 1871.

The great boom in Uruguayan wine was in the 1950s when there were over 19,000 hectares of mainly hybrid varieties, which could cope with the growing demand for wine in the country. Following an economic collapse, plantings dwindled and have since stabilized at just over 6,100 hectares today.

An important quality revolution took place in the 1990s—a great conversion period in which a large proportion of hybrid varieties were ripped out and replaced with noble grape varieties (vinifera). Encouraged by the state and national viticulture board (INAVI), this conversion period saw a significant update in genetic material, viticultural techniques, and more careful site selection, which has created the legacy of high quality Uruguayan wine today.

Although the transition saw important structural changes in the vineyard, moving from high-vigor plantings to low-yielding training systems, what hasn’t changed is the structure of the wine industry, made up of over 1,200 growers and over 160 mostly boutique wineries. This makes Uruguay’s wines highly personal in style and artisanal in scale.

Tannat, a French transplant, is the undisputed king of Uruguayan wine, accounting for a quarter of vineyard plantings. After over a century of natural selection in the vineyard, the variety consistently proves to be the best performer across the board in Uruguay’s wine regions. Its thick skins are resistant to Uruguay’s high rainfall (on average 1,000 mm a year) and it does, in fact, thrive with some humidity in combination with the warm and sunny climate Uruguay provides.

Tannat, so named for its high level of tannins, is considered the world’s healthiest wine, with three times more resveratrol (a compound with antioxidant properties considered beneficial for the heart) than most red Bordeaux varieties, and ripens well in all of Uruguay’s wine regions. In its home turf of Madiran in southwest France, Tannat’s tannins are difficult to ripen, and the wines are typically more rustic and astringent; whereas in Uruguay the grape’s tannins are more approachable and the wines are lighter in body.

Uruguayan Tannat excels in every vintage. Alcohol is typically moderate (approximately 13 percent), tannins are firm and spicy but without harshness, and acidity is almost always fresh. Plum, licorice, and spice aromas are classic Tannat hallmarks, and winemakers both bottle the grape on its own as a varietal wine and blend it with a multitude of other varieties ranging from classics such as Cabernet Franc and Merlot to less common partners such as Zinfandel and Viognier. A modern school of winemakers is producing unoaked Tannat. Some are experimenting with carbonic maceration, which yields a juicier, fruitier style. Traditionalists usually age Tannat for at least one year in barrel. Indeed, Tannat appears in multiple guises in Uruguay—even as rosé and sparkling red.

Tannat accounts for just over a quarter of the country’s total vineyards; other reds account for 51 percent and white grapes 23 percent. The tilt toward red varieties even beyond Tannat is perhaps unsurprising in a country that eats more beef than any other nation in the world. Merlot, Cabernet Sauvignon, and Cabernet Franc are the next most important noble varieties after Tannat in volume, although each winemaking family has their own particular favorites. Some producers reflect their European heritages, such as Italian families working with Sangiovese and Nero d’Avola, while others are exploring varieties that prove to have potential through careful terroir studies, such as Marselan, the French grape that is a cross between Grenache and Cabernet Sauvignon.

The white wines of Uruguay also represent a growing trend with several star varieties emerging. Sauvignon Blanc and Chardonnay are two of the most-planted and provide refreshing wines with good varietal typicity, although the most excitement recently among Uruguayan white wines is with Albariño. Cultivated in the country’s maritime climes, it yields bracing, aromatic, and mineral-tinged wines.

Uruguay also has a long history of rosé production as well as sparkling and dessert or fortified wines. In the last couple of years, the new generation of Uruguayan winemakers have also been experimenting with orange wines and no-added-sulfite wines.

Since the 1990s, Uruguay’s wine institutes and producers have been investing significantly in adapting their vineyards and wineries for premium wine production. Complementing the domestic efforts, a boom in investment from abroad has resulted in new wine projects launched in the past decade by companies from Japan, Germany, Brazil, Argentina, and the U.S. Today the wine scene is increasingly dynamic with a complex and interesting combination of traditional wine families and modern investors, as well as an influx of international “flying winemakers.”

Nationwide research, with an emphasis on sustainability, has become an active and important focus in recent years. INAVI, the National Viticulture Institute, is soon to launch the world’s first nationwide traceability project for all of its vineyards whereby wine bottles will feature codes that can be scanned to reveal exactly which vineyard(s) a wine was sourced from, and provide the precise location on a map. Uruguay is also home to the world’s first winery to have all its facilities 100 percent LEED Silver certified and has several carbon-neutral wineries that harvest their own renewable energy, recycle water, and manage their vineyards within the national sustainability code.

As a nation of mostly boutique wineries, sustainability is at the core of production. Most winemakers live on their vineyard and are often the lone hand in the cellar most days, so making grapes and wines with minimum intervention has long been the culture in Uruguay. Today, however, the recognition of these wines has increased, and deservedly so.

Uruguay’s wines artfully combine the nuance and artisanal nature of Old World wines with the bold approach of the New World. Exports have been steadily growing over the years with 6.5 million bottles of Uruguayan wine now being exported each year, and the U.S. has become the second most-important market after Brazil. As word gets out, Uruguay will not remain the unsung hero of South American wine for long.