Having a go-to selection of white wines is essential, and with budget bottles for everyday drinking comprising a significant portion of specialty wine shop sales, it behooves retailers to offer interesting, value-oriented bottles. SevenFifty Daily spoke with retailers around the country to find out which crisp and delicious bottles under $20 they’re recommending to customers right now. From the Basque Country in northern Spain to the Yakima Valley in Washington—here are 10 unexpected bottles from fringe regions that purveyors say overdeliver.

Coleman has found that a lot of mass-produced Txakolina tastes like little more than “lemon water with alcohol,” but that’s not the case with Bengoetxe Txakolina. “This is a go-to quencher to beat the heat,” he says. “Bengoetxe’s vines are more inland than most Txakolina [vines], giving this wine more depth, complexity, and flavor than your average semi-sparkling Basque wine.” The grapes, he adds, are grown and vinified without any synthetic chemicals.

“I’m really enjoying the Viña El Portalón Verdejo, which we retail for $19.99 and get from David Bowler Wine,” says Friedman. Viña El Portalón translates to Big Door Vineyard. “Hailing from Rueda, the winery name comes from years ago,” she says, “when access to the vineyard was through a big stone portal. The Verdejo grape is a really fun alternative to Sauvignon Blanc—similarly light-bodied and fresh, with great acid to boot.” Friedman says this particular bottling shows notes of bright lemon and lime, with hints of fennel on the finish. “[It] pairs with everything from almonds to cheese to fish,” she says, “but is also clean and balanced enough that you can drink it on its own, preferably sitting outside somewhere.”

Bernheimer looks to southwest Spain for delicious value, specifically Cádiz, near sherry country. Bodega Vinificate’s Amorro Blanco is a dry white made from Palomino grapes. “This is a really textured [wine] with intensity and depth,” Bernheimer says. “It’s not oxidative but fresh in style, and it’s not fortified—unlike the sherries from neighboring Jerez.” This wine is complex, rich, dry, and salty, she says, adding that it’s “a whole lot of wine for an $18 bottle.”

“The 2017 Bove Safari Pecorino from Italy’s Abruzzo [region] has been my go-to value white wine all spring and summer,” says Prieur, adding that the wine is lush, tangy, and the perfect house wine. “Its combination of ripe orchard [fruits], peach, and crisp acidity makes it great for casual sipping.” It also shows a lot of versatility for food pairing. Prieur points out that it pairs especially well with white meat, salads, and seafood dishes.

Jean-Baptiste Humbert says he can’t get enough of J. Mourat’s Chenin de Jardin. The wine, he says, “is a super-clean and mineral Chenin Blanc—nervy, youthful, grown right on the Atlantic ocean near Nantes.” He notes that the terroir is what sets this wine apart from the Chenins of Saumur and Vouvray. The vineyards near Nantes yield wine that is “more chalky and lemony, with a touch of honey.” 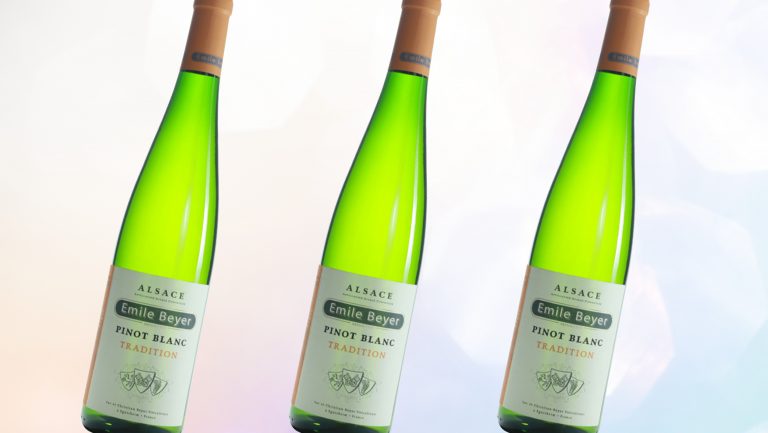 Recommended by Kathryn La Tour, wine consultant at The House of Glunz; Chicago

La Tour looks to Alsace for single-varietal whites that represent great value—and not just for Riesling but for Pinot Blanc. “As the most widely planted variety in Alsace today, Pinot Blanc is acknowledged to be among the best values in the world of white wines,” she says, noting the Beyer family’s long-standing history with the variety, which dates back to the 16th century. She cites the wine’s simultaneous delicacy and complexity as the reason it has made such an impression on her. “There truly is more than meets the eye here,” she says. “Elegant floral notes open up to crisp hints of minerality and an embracing finish of green apple and fresh pear. You even notice a tinge of spice that lingers on the finish. With so much going on at such an affordable price, Emile Beyer Pinot Blanc Tradition 2016 is hard to beat.”

“Grüners are a standard drinking wine in my cooler year-round,” says Kanski, noting that the greatest characteristics in a Grüner in summertime are lightness, crisp body, and searing acids. “The fruit profile of this particular Grüner changes ever so slightly from white peaches to apricots,” he says, adding that Stift Göttweig Messwein Grüner has “a gentle, sour finish and is a stellar food companion.”

“My favorite white wine for under $20 is currently Andi Knauss’s Weiss Trocken, a blend of Müller-Thurgau, Kerner, and Riesling,” says Dziadowicz. This wine, he says, “is excellent with nearly any dish and the perfect wine to refresh the palate at the end of the day—especially in Arizona.”

Recommended by TJ Douglas, owner of The Urban Grape; Boston

“The Badenhorst Secateurs Chenin Blanc is one of our favorite wines that we sell at The Urban Grape, thanks to its friendly price and ability to pair with most food,” says Douglas.  The grapes are grown biodynamically and come from rediscovered bush vines, rooted in poor, granitic soils. “Lucky for us,” Douglas adds, “these stressed-out grapes produce low yields of concentrated, flavorful juice. The winemakers do little more than pick, press, and ferment this wine, but lees contact throughout the aging process adds a delicious mouthfeel to this medium-bodied wine.”

Cox says he has “about a gazillion favorites under $20,” but today he’s feeling particularly excited about this Chenin from the Snipes Mountain AVA, or as he refers to it, “the upper left-hand corner of the map.” The W.T. Vintners Chenin Blanc, says Cox, “is lovely, sleek, and impeccably balanced, showing an Old World sensibility with a Washington accent.”

Vicki Denig is a New York-based wine and spirits journalist and wine educator, discovering the world through the lens of a glass, one sip at a time. When not tasting or traveling, she can most likely be found running through Astoria Park or sipping on Cabernet Franc.

Launching a winery is both costly and risky, but programs such as these help provide resources and funding—making it possible for would-be winemakers

Despite the challenges that come with being a négociant in the U.S., the flexibility of the business model makes it an appealing one

In the coming year, the wine world will respond to climate change and generational shifts

Looking back at the most popular wine stories of the year, from California’s Merlot crisis to Master Sommelier study tips