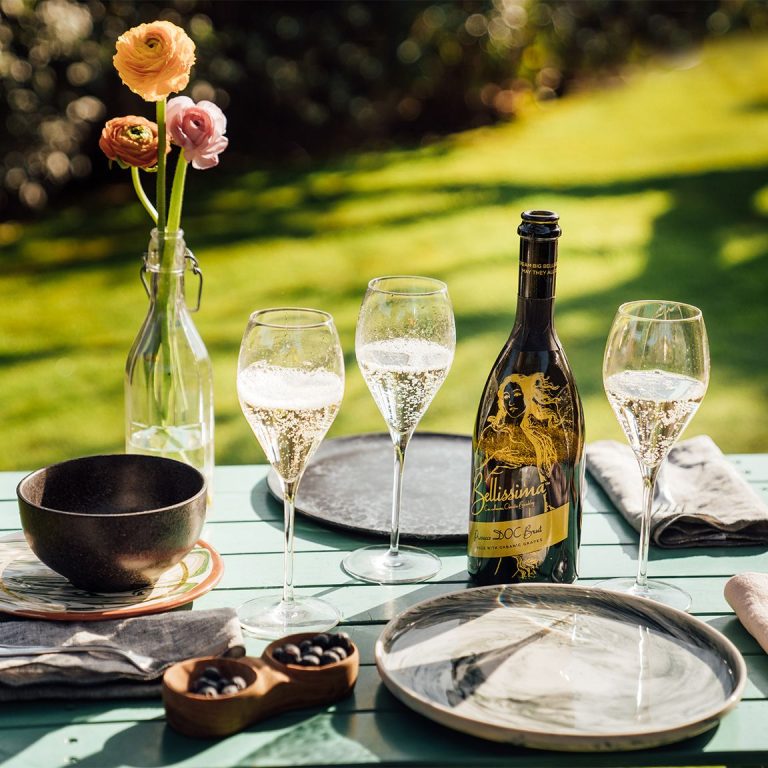 
Celebrity wines get a lot of hype, but this is the rare example of one that actually delivers. Specializing in organically grown, vegan, low- or no-sugar sparkling wines, Bellissima Prosecco was crafted with the healthy lifestyle of Christie Brinkley in mind, and she remains intimately involved with the brand.

This advertising content was produced in collaboration with SevenFifty and our partner, Bellissima.

Pop a careless cork in Milan and you’re likely to hit a fashion model. But it’s a few hours to the east, in the pristine vineyards of Treviso, where you’ll find one of the most famous faces in the world—and the beginnings of Bellissima Prosecco.

Founded with the help of supermodel, actress, and activist Christie Brinkley, Bellissima is crafted without compromise in the heart of Veneto’s Prosecco DOC: Every grape that goes into these sparkling wines is organically grown. It’s always vegan and low- or no-sugar, making it the ultra-rare bubbly that actually fits into a healthy lifestyle—and does it without ever sacrificing on quality.

There are plenty of celebrity wines out there right now, most attached to marquee names who do no more than mug at promotional events. Then there is Bellissima. Christie is as intimately involved with the wine as she was at the very beginning. On her regular visits to Italy, she walks the vines, curiously asking the crew (in her fast-improving Italian) about the latest organic viticultural techniques. She has stood side-by-side with the winemaker through the entire process, from pruning to harvest to tastings from the tank, her attention simply a reflection of the care that goes into every step of making Bellissima.

It all starts with the vineyards in Treviso, which have been 100 percent organic since they were first planted in soil that was and remains untouched by chemicals—a commitment that requires more work from the Bellissima team as they monitor and care for the vines year-round. The soils, scattered with rounded stones from the Piave River, are rich in heat-retaining limestone, which allows the Glera, Pinot Grigio, and Pinot Noir grapes to ripen beautifully, developing distinct floral aromas. Finally, after harvest and a very gentle pressing, the team vinifies the wine in Bellissima’s state-of-the-art winery, resulting in gorgeously aromatic, balanced, and complex wines.

Born of Christie’s desire to make the healthiest wine possible—for wine lovers and for the planet—Bellissima’s beauty extends to what’s not in the bottle. Every wine in the lineup is certified vegan by BevVeg, which means there are no animal ingredients or byproducts used in any part of the winemaking process, even throughout fining and filtration—something that is important to Christie, as she is a vegetarian.