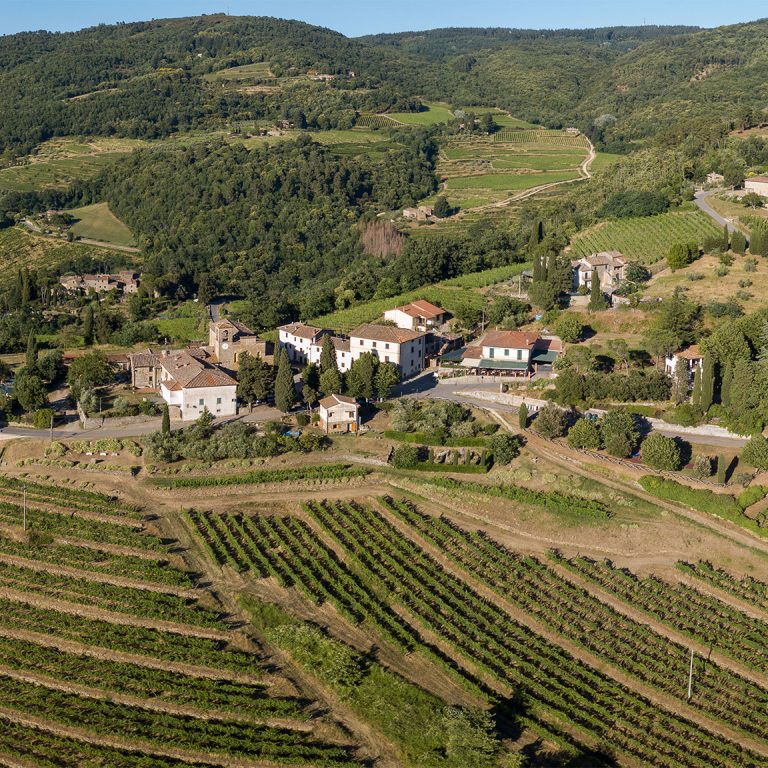 
Since 2005, Lamole di Lamole has been on a mission to become a fully organic estate. Now, nearly 17 years later, this Chianti Classico estate is ready to receive its official organic certification, and a new line of fully recycled paper labels is rolling out to commemorate this milestone.

This advertising content was produced in collaboration with SevenFifty and our partner, Lamole di Lamole.

Around the world, wineries are making an effort to operate sustainably, using organic products and minimizing harm to the land. But few wineries practicing organic viticulture actually become certified. The process itself is time-consuming, strictly enforced, and labor-intensive.

Lamole di Lamole knew going organic was worth it. Not only are organically made wines favorable among consumers, but this method of farming is also better for the land and enhances the profile and quality of each wine. Lamole di Lamole had already been using organic practices, but in 2005 they made the decision to transition to more intensive certified organic methods, further committing to being guardians of their land in the most sustainable way possible. This year, nearly 17 years after beginning that journey, they are officially certified organic—and are presenting Lamole di Lamole wines in a new light to celebrate the achievement.

The Lamole di Lamole estate sits in the heart of Tuscany, in Chianti Classico’s lauded Greve commune, with vineyards planted between 350 and 650 meters (1,150-2,150 ft.) above sea level—the upper limit for Sangiovese plantings in Chianti Classico. Since shortly after the Second World War, the winery has been committed to creating wines that possess remarkable elegance, complexity, and length, highlighting the legacy of the land.

Organic viticulture is often associated with simply foregoing synthetic chemicals in favor of natural alternatives, but the work to become fully organic is a year-round commitment. For example, beginning in the winter, the Lamole di Lamole team prunes their vines to allow for ideal conditions to produce fully ripe fruit and better airflow in the following year’s crop, which minimizes the need for fungicides. They aerate the soil more than once before budburst to allow for cover crops that help maintain a healthy ecosystem. The yearlong efforts culminate in a long harvest when grapes are hand-picked, bunch by bunch, from September to October, a celebration of the estate’s work.

To commemorate the official certification, Lamole di Lamole has introduced a new line of recycled paper labels and each wine is given a dedicated name that reflects its identity. Explore the new releases below; each wine is made with certified organic grapes and meant to highlight the wine’s unique profile in connection with the vineyards.

Maggiolo is a classic Chianti Classico. The vineyard previously cultivated iris flowers, and to this day you can see some of them blossom during May (Maggio).

Lareale, which is derived from areale, an Italian term that indicates a territory’s historical and geographical attributes, pays homage to the authenticity and uniqueness within Chianti Classico. It has complex notes of dried black cherry and sage along with firm tannins.