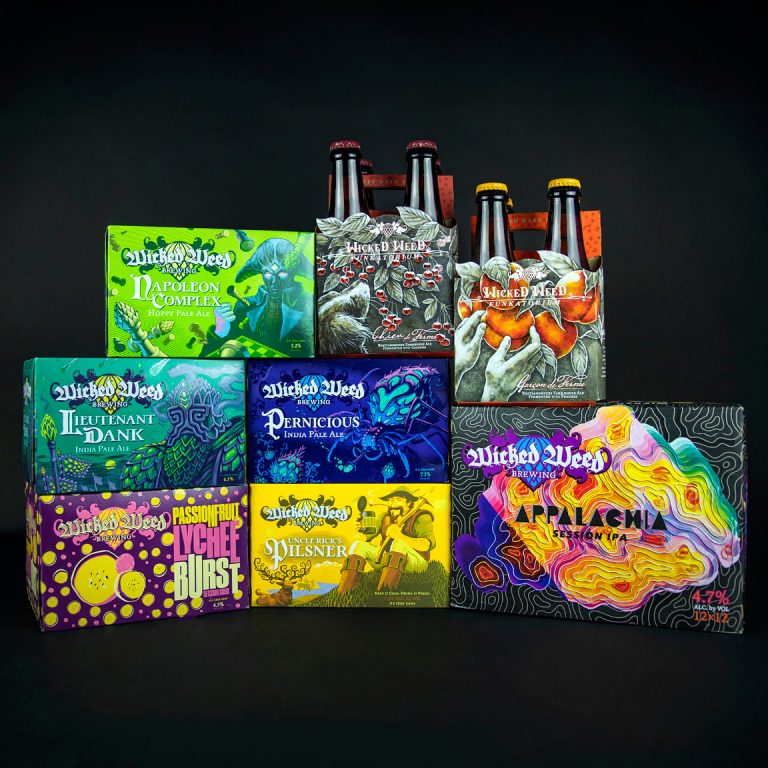 When the founders of Wicked Weed Brewing began working on opening their brewery in the early 2000s, beer in the Southeast region of the United States was mostly isolated from the craft brewing movement that was sweeping the nation.

When recalling the craft beer landscape in the Southeast in 2012, says Walt Dickinson, the cofounder of Wicked Weed Brewing, “there seemed to be a lot of room for growth and for the styles to evolve and become more relevant.”

And it didn’t take long for Wicked Weed—formally established in 2012—to leave its mark in North Carolina and, eventually, the nation. Wicked Weed’s downtown Asheville brewpub became a go-to place for beer lovers to investigate the original brews Wicked Weed’s founders were conjuring. Soon the company opened the Funkatorium, the East Coast’s first taproom devoted entirely to sour and funky beers. A sour-beer festival called the Funkatorium Invitational—featuring scores of brewers from across the U.S.—soon followed.

“Experimentation and innovation has been baked into the ethos of the company in a lot of ways,” says Dickinson. “I think innately, from a recipe side, we were always intrigued by the opportunity to create new things.” Furthermore, the founders’ passion for using local ingredients helped define their quality standards early on. “Every [consumable] product on the planet is constantly degrading,” Dickinson says. “And the fewer hands that touch each ingredient, the more true to the nature of that ingredient it’s going to be.”

From the beginning, Wicked Weed Brewing knew that a mix of experimental brews had to be balanced by a few classics, and early on, Pernicious IPA established itself as Wicked Weed’s flagship beer. Juxtaposing fresh tropical fruit aromas with an exceptionally dry malt bill, the beer won the East Coast medal in the IPA category at the Great American Beer Festival in 2015; it moved into cans in January 2019.

“The recipe for Pernicious came from us looking at the progression of the West Coast IPA style and then making it our own,” recalls Dickinson. “It’s an amazingly drinkable and approachable beer—but with a lot of complexity.”

Recent additions to the brewery’s portfolio include the Burst Session Sours, a series of three beers prominently featuring exotic fruit flavors that counter their inherent tartness. Because these products are accessible enough to expand the category, yet complex enough to satisfy aficionados, Dickinson feels they are on the leading edge of the sour-beer trend.

He is especially excited about La Bonté Rosé, a beer that’s fermented in oak and brewed with Gewürztraminer grapes from Washington. “This is something we’re really proud of,” says Dickinson. “La Bonté Rosé is going to help bridge the gap between wine and beer—and show people that this style is really versatile.”

In 2017 the company joined the Anheuser-Busch InBev family of brands, a move that Dickinson says not only helped accelerate Wicked Weed’s innovative practices but allowed the brewery to expand its footprint without sacrificing quality. For instance, because all of Wicked Weed’s beers have short shelf lives, the brewery can now cold-store and cold-ship all its beers to help ensure optimal quality.

“The biggest disservice we can do as brewers is to put out subpar products—or out-of-date products—for consumers,” says Dickinson. “[It’s] their hard-earned money, and we owe it to them to deliver a product that’s worth the cost.”