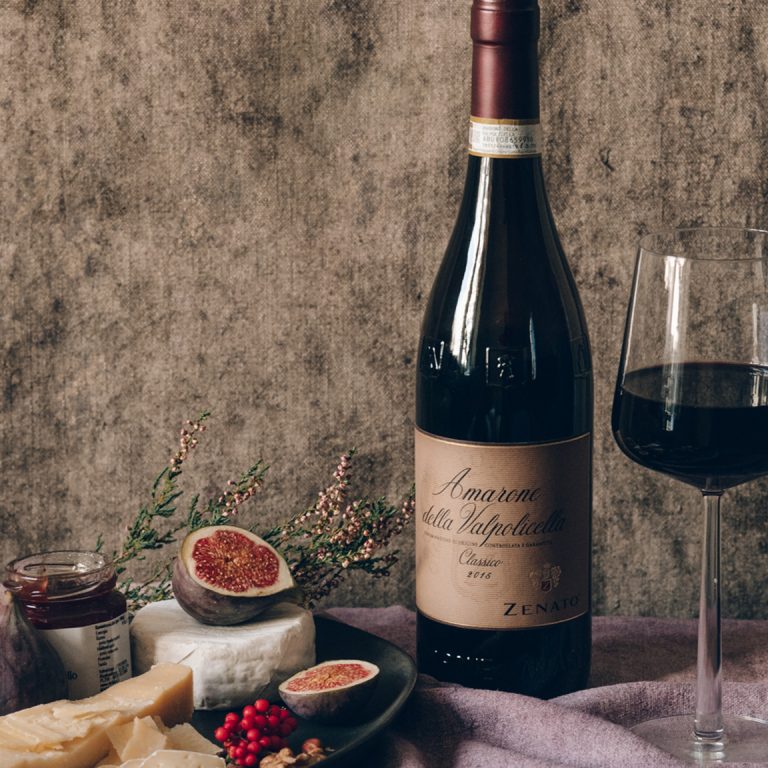 Zenato: The Heart of Valpolicella


Focused on quality, passion, and tradition, Zenato has raised the standards of quality for Valpolicella and Amarone wines—and earned their place as one of Valpolicella’s premier producers

There’s a bit of a debate over whether the name of the Valpolicella region, which stretches over the rolling hills between northern Italy’s Lessini Mountains and the city of Verona, translates to “valley of river deposits” or “valley of many cellars.” But there’s no disputing that Valpolicella produces some of the most distinctive wines in the world—and that no winery represents its heart better than Zenato.

Founded by Sergio and Carla Zenato in 1960, first in the nearby Lugana region, Zenato now has deep roots in Valpolicella as well. The family has spent decades working with the local Corvina, Rondinella, and Oseleta varieties at their sunny Costalunga estate, which grow in the hills just east of Lake Garda. Today, the second generation of the Zenato family is running the show: son Alberto oversees all aspects of wine production, and daughter Nadia handles marketing and promotion.

Over the years, Zenato has raised the standards of quality in the Valpolicella region and earned their status as one of the region’s premier producers. This starts with the Valpolicella Classico Superiore, a Corvina-dominant wine that is the soft, fragrant, easy-drinking introduction to the estate.

But the Zenato family has also placed significant investment into perfecting the craft of Amarone, which often represents Valpolicella to the world. Prized for its concentration and complexity, the Zenato Amarone della Valpolicella Classico is a proud representation of that signature style. Carefully selected Corvina, Rondinella, Croatia, and Oseleta grapes concentrate for four months in the drying loft, and the wine is aged for at least 36 months in oak casks, creating a compelling wine that showcases Zenato’s reputation for Amarone.

The flavor of this Amarone greatness carries through to Zenato Ripassa Valpolicella Superiore, a Valpolicella wine that is “re-passed” over Amarone pomace, inducing a second fermentation that creates a slightly higher ABV and deeper, richer aromas and flavors. This wine bridges the gap between the previous two, exuding the freshness of Valpolicella and the hard-won character of Amarone. Zenato also produces the Alanera Rosso Veronese at its Costalunga estate, a blend of partially dried local varieties with Merlot and Cabernet Sauvignon.

Though the Zenato winery is helmed by a new generation, the siblings continue to focus on the quality, passion, and tradition that has always guided this preeminent producer. These philosophies bind Zenato’s legacy in Lugana to their Valpolicella wines and shine in every bottle, from their high-quality white wines to their special, painstakingly crafted Amarone.