Awarded for: Philana Bouvier is spearheading an effort to get women into wholesale C-suite positions by increasing their access to high-level decisionmakers and persistently challenging male executives to get in on the effort.

Even as women gain a stronger foothold in the beverage alcohol industry and throughout the workforce, gender inequality persists. There is a huge gender disparity among leadership roles at U.S. companies, particularly at the highest levels of seniority, where few women—and even fewer women of color—hold C-suite-level positions. And the beverage alcohol industry lags far behind other business sectors. While women held 22 percent of C-suite roles across all industries in 2018, just 4 percent of C-suite positions in wine and spirits were held by women, according to data presented by McKinsey & Co. at the March 2019 Women of the Vine & Spirits conference.

Philana Bouvier plans to change these statistics. As the senior vice president of new business development at Young’s Market Company in San Francisco, with more than 20 years of experience in the wine and spirits wholesale business, Bouvier is working to bring more women into C-suite roles in the wholesale sector by providing access to leadership roles, encouraging creative communication, and challenging other executives—most of them men—to take actionable steps toward change.

Bouvier followed a nontraditional path to become one of the highest-ranking non-family women executives in wholesale wine and spirits. She landed a position as a merchandiser for Anheuser-Busch in 2001, when she was a cocktail waitress at a nightclub in Hawaii. After working for Anheuser-Busch in both merchandising and sales, Bouvier moved to Southern Glazer’s Wine & Spirits as a sales representative and eventually started her own brokerage firm, called B&Co., in 2007, and cofounded Waiwera Artesian Water USA, which prompted a move to California and led her to Young’s Market. Young’s purchased the water’s distribution rights and offered Bouvier a position as the vice president of national accounts for California in 2010. Later, moving back to Hawaii, she was promoted to general manager of Young’s Market Hawaii—making her the first nonfamily woman executive to serve as a statewide general manager at a major alcohol distributor. In early 2016, Bouvier was back in California again, landing her current position as Young’s senior vice president of new business development.

Now Bouvier wants to help other women move up through the ranks as she did by giving them access to high-level positions in beverage wholesale and challenging fellow C-suite executives to do the same. She is the 2019/2020 chair of the Women’s Leadership Council (WLC) of the Wine & Spirits Wholesalers of America (WSWA); the WLC was created to help women advance in beverage wholesale through events like its annual conference. Bouvier has been an advisory board member of the WLC since its inception in 2016.

“Philana has been at the forefront of the WLC,” says Catherine McDaniel, the council’s director. “She wants to elevate her fellow female colleagues across the country and will continue to work toward this inspiring goal.” Together with Dina Opici, the president of Opici Family Distributing in Glen Rock, New Jersey, Bouvier spearheaded an executive cocktail party during the WSWA conference in 2019 to bring women leaders together with the WSWA executive board.

At the cocktail party, Bouvier asked each executive attendee to write down three commitments they would make in an effort to bring more women into C-suite roles. She has already followed up on each executive’s progress toward these commitments—an example of the persistent, active tactics that make Bouvier an innovator. Says Opici, “Philana is driven to succeed and to support those around her in achieving their goals.”

To Amy Hoopes, the president of Wente Family Estates in Livermore, California, leadership diversity—including gender diversity—simply makes business sense. “Diversity of leadership allows for diversity of thought,” she says, “which is proven to lead to improved bottom-line profits.” 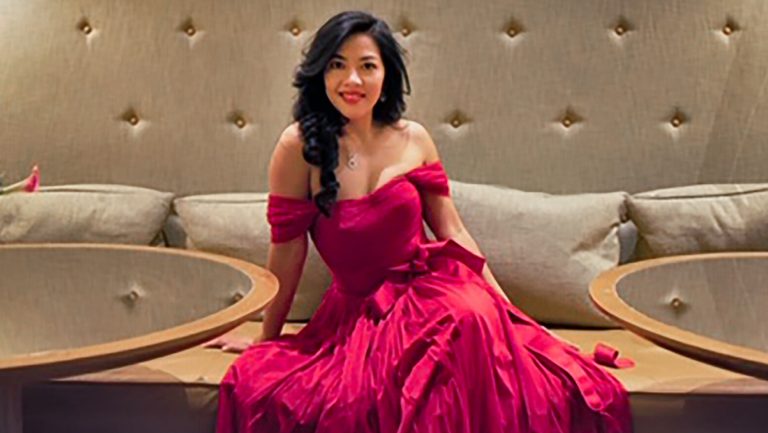 The structure and history of beverage wholesale, however, has hindered women’s advancement into C-suite roles. “I think we have a very old-fashioned business,” says Bouvier, “a Prohibition-era industry, where there haven’t been a lot of changes in the C-suite.”

“The [product of the] ‘spirits business’ was predominantly consumed by men,” adds Opici. “That has changed tremendously over the past 20 years.” This change in consumption demographics is another reason that diversification of the C-suite is necessary; according to Opici, leadership teams that reflect their target audiences can gain a competitive edge.

Bouvier also notes that the wholesale tier in particular has struggled to bring women into executive leadership roles because of its ownership structure. “The wholesale business is primarily run by private family businesses,” she says, “and fathers tend to pass the business along to their sons.”

Opportunity is key when it comes to opening doors for more women to enter C-suite positions. “The number one reason women don’t have gender equality in the C-suite is lack of access,” says Bouvier. “Women don’t even know where to start climbing that ladder.” That’s why Bouvier makes an effort to pave the way for women in wholesale by making available to them the access that she fought for in her career through initiatives like the WLC.

“Philana seems to pay special attention to young women whom she views as up-and-coming,” says Hoopes, “and she uses her network to connect them to more senior level women. This is critical in the path to getting more women in the C-suite.”

Creative and courageous communication is another essential tenet of Bouvier’s mission to bring more women into C-suite roles at wholesalers—but the obligation to communicate clearly falls on the shoulders of both employees and executives.

“You have to constantly communicate what you want,” says Bouvier. “If you want a seat at the table, let your manager know. It’s important to be fearless.” She also encourages women to be their own cheerleaders—something that many hesitate to do. “Philana is allowing superstar women to be noticed,” says Hoopes, “and encourages them to take the next step up in their careers. This is another key to getting more women in the C-suite, as research shows that many women are hesitant to climb the ladder without additional support and encouragement.”

It’s important as well for executives to get creative with communication, as many wholesale executive roles are still held by men. “Men are regularly talking in casual situations,” says Bouvier, “so they will informally approach one another about growth opportunities.” It’s much more common for men to discuss business over golf or a casual drink, for instance, and women are often not included. Bouvier once expensed a spa day with an employee; ironically, her boss questioned it. “Men can entertain other men and communicate the future of their roles over something casual and lighthearted,” she says. “We have to find more creative ways to communicate.”

The people, projects, and ideas recognized in this year's awards are truly transformative, addressing everything from climate change to social equity in the industry. Get to know the trailblazers forging new paths in the beverage alcohol space.

In the past decade, a number of initiatives have been launched to support and promote women in the drinks industry—Women of the Vine & Spirits and the Women in Wine Leadership Symposium in New York, for instance. But according to Bouvier, one big thing is missing: the men.

“We have to invite the men and clue them in,” says Bouvier, emphasizing the importance of broadening the initiative, particularly among the decision makers. Men have been paramount to Bouvier’s career success, she says, because there were no women to help her along the way. “I’m an example of men seeing potential in me and saying, ‘I want to take her across the finish line,’” she adds. Now Bouvier is challenging men to endorse other women and give them access to C-suite roles.

Michael Mondavi, the founder of Folio Fine Wine Partners and Michael Mondavi Family Estate, has known Bouvier for more than 20 years and supports her determination to promote women into C-suite roles. “Men can assist the career growth of women in the ‘man’s world,’” he says. “They need to champion and support women in their careers.”

“The adage is true: You can’t be what you can’t see,” says Hoopes, “and Philana is helping to unveil these paths.” Bouvier believes that many men in the wholesale beverage alcohol industry would be proud to help women attain leadership roles, so to be most effective, Bouvier aims to create a plan to help them do just that. This includes challenging senior executives to identify ambitious women in their companies and give them access to network at a high level, whether through formal networking or everyday workplace projects.

“Let her lead a project that you’re doing, and allow her to present and speak in the meeting,” Bouvier says as an example. “Women do all the work, but men take all the credit. Let the women take the credit!”

By bringing more women into C-suite roles in the wholesale beverage tier, Bouvier believes that the industry will become more inclusive, more successful, and more profitable across a base that is increasingly dependent on female consumers. And importantly, achieving this goal will make the beverage industry more hospitable for women overall. “The more women in leadership roles,” says Bouvier, “the more women we can get into the greater drinks industry as a whole.”

Courtney Schiessl Magrini is the executive editor for SevenFifty Daily and the Beverage Media Group publications. Based in Brooklyn, she has held sommelier positions at some of New York’s top restaurants, including Marta, Dirty French, and Terroir, and her work has appeared in Wine Enthusiast, GuildSomm, Forbes.com, VinePair, EatingWell Magazine, and more. She holds the WSET Diploma in Wines. Follow her on Instagram at @takeittocourt.