This advertising content was produced in collaboration with SevenFifty and our partner, Trapiche.

With 137 years of winemaking under its belt, Trapiche has been one of the key players in Argentina’s wine history and continues to blaze a trail into its future. The world’s largest producer of Malbec, Trapiche embraces Argentina’s wine heritage but is also daring enough to pioneer new styles and regions.

Ahead of its Time—Across Centuries

Founded in 1883 in the heart of the traditional wine region of Mendoza known as the Primera Zona (First Region), Trapiche started out as a small family vineyard and winery but has gradually grown to become Argentina’s largest winery. The producer’s innovative savvy was on display early on. “During most of the 20th century, our wines were sent directly to the market by train — straight from the winery,” explains marketing manager Lisandro Luppi.

As well as being one of the first wineries to build an export market, Trapiche was ahead of the curve in focusing on quality wine production. Among the first Argentine producers to import French oak barrels in the 1980s and use modern clones of European varieties in the 1990s, Trapiche also pioneered Argentina’s first icon wine, Medalla, launched in 1983 to celebrate the winery’s 100th anniversary.

“Trapiche Medalla is dubbed as the first premium wine of Argentina,” says Chief winemaker Sergio Case. “The original wine was a blend of Cabernet Sauvignon, Malbec, and Merlot, from 45-year-old vines in Maipú, and today we still source our grapes for Medalla from the Primera Zona.” The clay-loam and gravelly soils with an altitude of 850 meters above sea level yield impressive Cabernet Sauvignon and Malbec in particular, he adds. Some of the oldest plantings of Argentinian Malbec can also be found there, yielding “concentrated, structured, and dense fruit.”

While Malbec still reigns supreme, Syrah, Bonarda, Pinot Noir, and Chardonnay are also key varieties for Trapiche. Trapiche’s winemaking team was the first to bring a co-fermentation of Cabernet Franc and Malbec onto the market, with their Iscay label in 2008, which is proving to become not only one of Trapiche’s calling cards, but also one of Argentina’s most trend-setting wines. 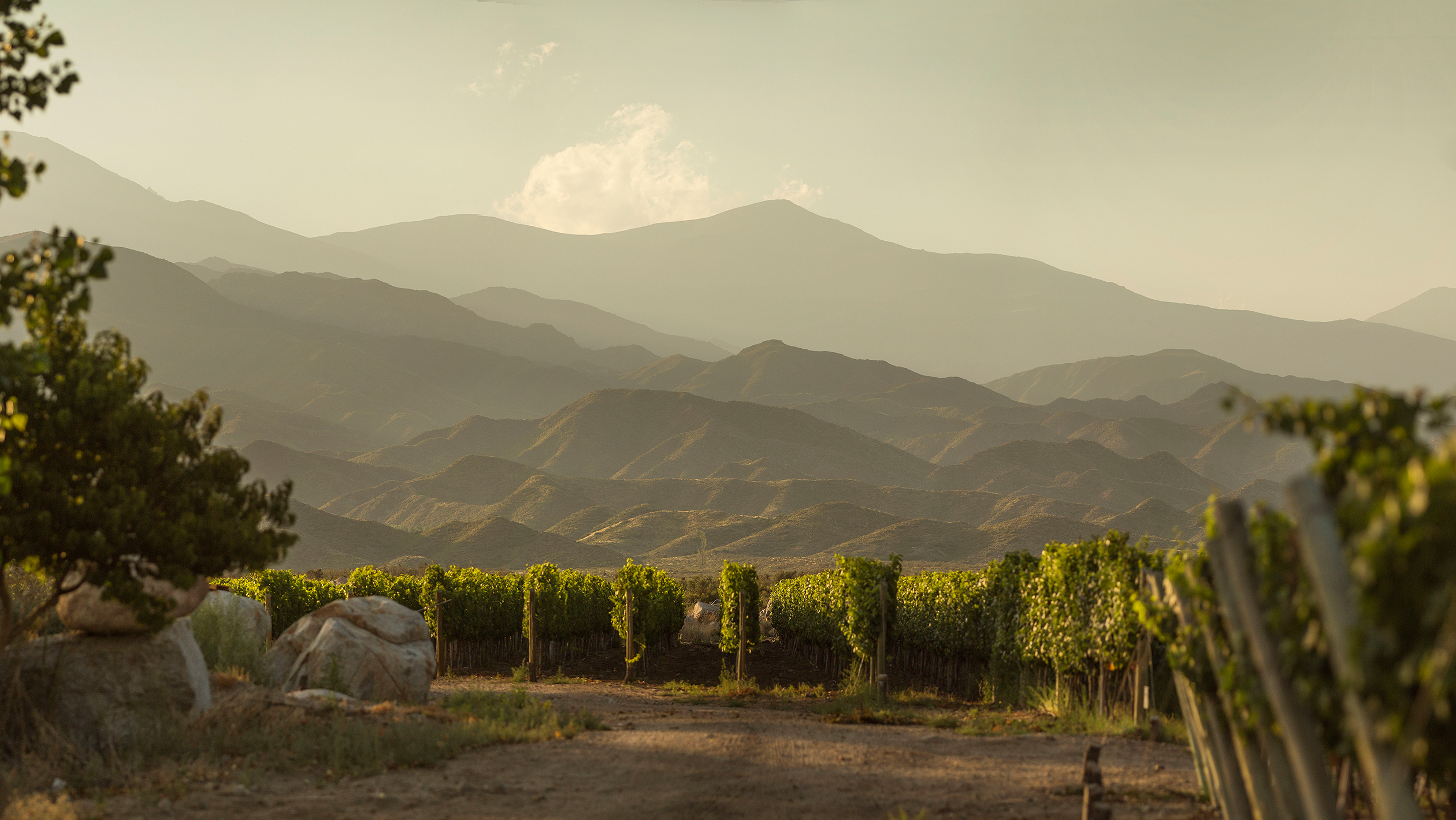 Pushing Boundaries in the Vineyard

Although the Primera Zona remains the soul of the Medalla range, over the past 20 years Trapiche has pushed into new terroirs, notably the Uco Valley, planting and working at its higher altitudes in search of cool temperatures and unique soils. But nowhere represents Trapiche’s adventurous spirit quite as much as their Costa y Pampa project.

“After extensive research, we started to grow vines just four miles from the Atlantic Ocean in Buenos Aires,” explains Case. The 30-hectare project represents the first modern coastal vineyard in Argentina. “The cool maritime climate with loessic soils are completely the opposite of Mendoza,” he says, “and as a result we get these very fresh, delicate coastal wines which would have seemed impossible to craft in the country not too long ago!” Trapiche is also exploring new grape varieties at Costa y Pampa, including Assyrtiko and Albariño.

Trapiche’s embrace of soil expression in its wines is best seen in the Perfiles series. “Our explorative spirit led us to discover unique places in which to plant our vines,” explains Luppi “The focus of Trapiche Perfiles is the soil texture and its contribution to the wine. From gravel, calcareous and finely textured soil, the different profiles are all selected in the search to reflect the distinctive characteristics of each wine.”

Although Trapiche works with extensive swaths of vineyards—some 6,650 hectares of vines, over 1,255 of which Trapiche owns—taking a finer approach to each vineyard has become one of the main priorities for their premium wines. The top-of-line Terroir Series was, in fact, one of the first labels in Argentina to name the specific grower and vineyard in a series of Malbecs, ever since the 2003 vintage. “There are hundreds of grape growers working closely with our viticultural team,” notes Luppi. “That’s a lot of anonymous people who never get recognized on the labels. We need our growers, so we need to take care of them, and this concept represents our tribute to the grape growers who deliver premium grapes and give identity to our wines.” 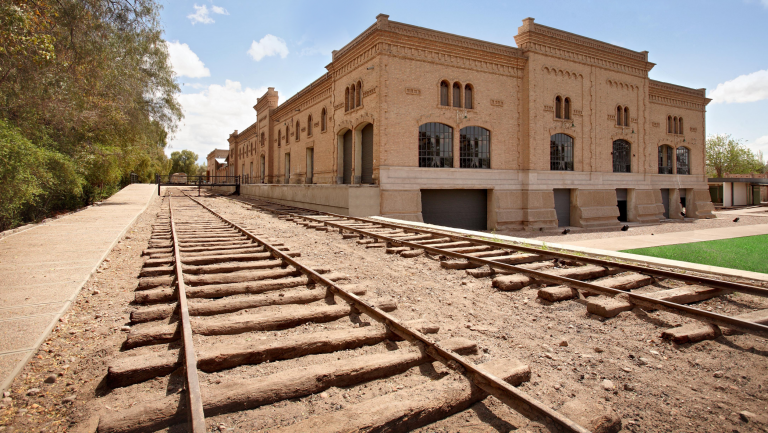 An increasing focus of Trapiche, and indeed Argentina’s industry at large, is sustainability and developing modern frameworks which enable the industry and environment to thrive. Trapiche’s recent experimentation with biodynamic and organic viticulture is part of their ongoing quest to fulfil their “less impact, more care” philosophy.

While aiming to minimize its impact on the planet, Trapiche has proven capable of bringing Malbec to the masses with aplomb. “Trapiche makes more Malbec than anyone else in the world, and part of our goal is making inroads for the category to the U.S. and elsewhere,” notes U.S. trade marketing manager Katie Webster. “With our Oak Cask and Broquel wines we are particularly focused on making great wines at a great price point.”

Retailing at under $15 a bottle, both Broquel Malbec and Cabernet Sauvignon recently scored 93 points with James Suckling—a testimony to their value and quality, as well as the stellar 2019 vintage. Reviews like those, plus Trapiche’s recognition as New World Winery of 2019 by Wine Enthusiast and a Top 100 Winery of the Year for 2020 by Wine & Spirits testify to the Trapiche functioning at the top of its game.

From finding uncharted sites for new vineyards in extreme terroirs to making premium wines to please the palates of thousands, Trapiche continues to drive forward Argentina’s wine industry—proving why this New World wine country is one to keep your eye on.

Less than a year old, Spirit of Gallo is an industry leader with an award-winning portfolio of brands driving the trends of tomorrow

With a collective focus on agroforestry practices, the lauded region’s producers are using trees and shrubs to restore natural health to their estates