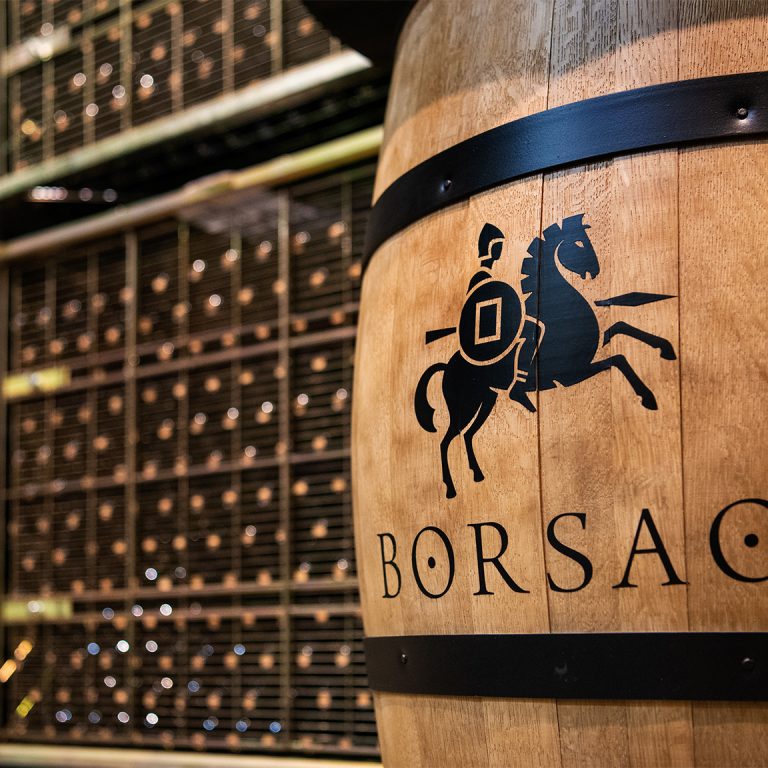 
Bodegas Borsao knows that Spain’s Campo de Borja DO has the right climatic conditions, topography, and soil to craft some of Spain’s best Garnacha, and it’s harnessing these natural resources to show the world why it should be paying attention.

This advertising content was produced in collaboration with SevenFifty and our partner, Bodegas Borsao

Tucked between the Pyrenees Mountains to the north and the Ebro River Valley to the south, Campo de Borja was always destined to be a special winemaking region in Spain. Though the area’s rich viticultural history dates back to the 12th century, it wasn’t until recently that this northeastern Spanish region and its delicious Garnachas emerged on the world stage.

Much of this is thanks to Bodegas Borsao, which has harnessed the potential of the Campo de Borja region and its natural suitability for Garnacha. As the largest producer in Campo de Borja, Borsao is determined to showcase the premium Garnacha wines that can be crafted here—and why buyers should be paying attention.

Now led by general manager Íñigo Alberto, Bodegas Borsao was formally established in 2001, but its roots date back to 1958 when the Borja cooperative was founded. Cooperatives have been essential to the survival of this region and its people; economic difficulties in the 1950s spurred small producers to join forces, and today, 375 winegrowers are members and shareholders of Bodegas Borsao.

These early Borsao origins predate even the formal Campo de Borja DO, which was established in 1980, but the region’s legacy as a Garnacha specialist was well underway by the 20th century. The Aragón region of Spain, where Campo de Borja is located, is known as the ancestral birthplace of Garnacha, and 60 percent of the Borsao vineyards are planted with an indigenous clone of the grape.

The Garnacha grape thrives in Campo de Borja due to its particular combination of sun, altitude, and wind. Plentiful sunshine creates richness and bold fruit flavors during Campo de Borja’s hot, dry summers, but the vineyards (located between 350 and 800 meters in altitude) are also sheltered by the hillsides of the Moncayo mountains. These temperatures are also tempered by the strong, cooling Cierzo wind that flows down from the Pyrenees mountains. Similar to the Mistral in the Rhône Valley, the wind allows Borsao to leave its Garnacha grapes on the vine for a longer period of time, developing complex flavors without sacrificing acidity.

The Cierzo also manages humidity and pests, and Bodegas Borsao has even been able to harness the wind for more sustainable wine production. In June, the winery became entirely powered by renewable energy using both wind farms and solar panels. It has also found ways to use less water by bush training new Garnacha vinesplantings and planting cover crops where possible to increase the soil’s water-holding capacity while increasing soil health and biodiversity. Pheromone treatments are also used to naturally control insects in the vineyard.

Because Borsao’s winegrowers work with 2,260 hectares of land—about 36 percent of the DO vineyard space—the winery also has the opportunity to showcase the dimension and versatility of Garnacha wines. The soil is incredibly complex, including limestone, iron-rich clay, and sand with stone deposits, providing Borsao with a rich mosaic of raw material from which to craft its premium Garnachas. Nearly half of Borsao’s vineyards are filled with dry-farmed, bush-trained Garnacha vines over 35 years of age, which bring intensity and complexity to wines.

Over the past two decades, Borsao has become a benchmark in premium Garnacha wines from Spain, particularly through wines like Tres Picos, the first 100 percent Garnacha from Spain to be labeled as such and exported to the U.S. Borsao also showcases the quality of Campo de Borja at an entry-level price point with its Selección Garnacha, and it seamlessly blends Garnacha with Syrah and Mazuelo (a.k.a. Carignan) in its newest offering, Cabriola by Borsao. For both quality and value at all price points, look no further than Campo de Borja and the fine Garnachas from Bodegas Borsao.