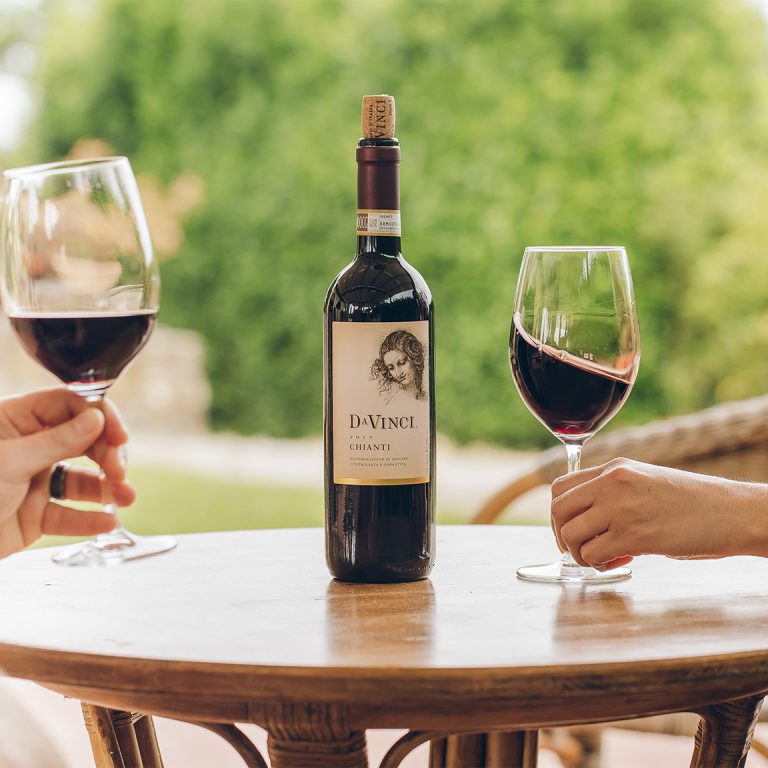 
Founded as a game-changing cooperative in the 1960s, Da Vinci upholds its bold, visionary spirit while producing authentic Tuscan wine. The 2019 rendition of its signature Chianti DOCG is made from 100 percent Sangiovese from prime slopes on Chianti’s western edge.

This advertising content was produced in collaboration with SevenFifty and our partner, Da Vinci Wine.

Wine is deeply intertwined with the cultural identity of Tuscany, and Da Vinci, flaunting storied origins of its own, proudly celebrates the centuries-old winemaking traditions that define this rustic yet glamorized region of central Italy.

In 1961, amid the unraveling of the country’s long-entrenched sharecropping system, 30 determined Tuscan farmers banded together to establish Cantine Leonardo da Vinci, an innovative cooperative spawned from a passion for collaboratively producing high-quality local wines from the group’s best vineyards. Four years later, Cantine Leonardo da Vinci was selling wines by the barrel; by 1971 it acquired a bottling line.

Located in Vinci—the hilly, atmospheric town home to Renaissance polymath Leonardo da Vinci—this industrious co-op thrives today, comprised now of some 200 growers who collectively preside over more than 1,200 acres of vineyards throughout Chianti, as well as 267 acres in neighboring Montalcino.

Longtime members Lorenzo Locci and Bruno Rossetti, whose families have been growing grapes for the cooperative for decades, attest to Da Vinci Wine’s reverence for the past, but the brand doesn’t shy away from modernity either, producing its wines in a state-of-the-art facility in Vinci that embraces stainless-steel, temperature-controlled tanks.

Classic dry, medium-bodied Chianti, redolent of violet and wild berries, is arguably one of Tuscany’s most famous wines. Buoyed by memories of cozy dinners at retro red-sauce joints, Chianti flies off retail shelves and is sought out at restaurants, but it has undergone quite the transformation since its nostalgic heyday.

When Chianti was upgraded from a DOC to a DOCG in 1984, all emphasis was placed on the Sangiovese grape. Unlike other vintages that include small portions of Merlot, Da Vinci’s 2019 rendition of its signature Chianti DOCG is made solely with small clusters of Sangiovese grown on prime, south-facing slopes on Chianti’s western edge. Fifteen percent of this Sangiovese is barrel-aged for six months to add even more depth.

For the 2019 Da Vinci Chianti DOCG, the grapes were crushed and destemmed before being fermented in upright tanks. Crimson-hued and rife with plum and wild strawberry aromatics, it expresses soft tannins that meld with black cherry notes, rounded out by hints of star anise and black pepper. Between its bright acidity and mineral-like finish, it’s a food-friendly wine that makes a fine companion to the likes of lasagna and chicken parmigiana—imbued with 61 years of compelling Tuscan history.