Before Prohibition, bourbon was so plentiful in the United States that no one could have predicted it would someday become scarce. Decades after Prohibition, the American whiskey boom in the late 1990s was such a huge surprise that the people making the whiskey almost ran out. It was a wake-up call to producers, who realized that they needed to rethink the ways they were forecasting—and preparing for—future whiskey sales. Top producers, such as Buffalo Trace, Wild Turkey, Jim Beam, Maker’s Mark, Woodford Reserve, Heaven Hill, and others, have been frantically ramping up production since, by millions of barrels, and building additional warehouses for aging on new campuses to ensure they have enough supply to meet future demand. Despite these efforts, shortages of aged Bourbons and rye whiskeys in recent years have driven up prices and caused some brands to put their products on allocation.

Mark Brown, the CEO of Buffalo Trace, says his company has forecast sales well into 2047. Wild Turkey’s master distiller, Eddie Russell, says, “There’s a saying that there are [now] more barrels of bourbon aging in Kentucky than there are people who live here.” In fact, according to the Kentucky Distillers’ Association, there are “almost two barrels for every person living in Kentucky.”

Keeping Up with Demand

A combination of trends contributed to the surge in American whiskey sales in the late 1990s through the early 2000s. These included the rediscovery of authentic classic cocktail recipes that called for bourbon and rye, a renewed interest in American whiskey on the heels of single malt mania, a growing overseas fan base, and the ease of online ordering. Around 2007, rye became so trendy with whiskey and cocktail geeks that producers almost ran out again. Russell says at one point Wild Turkey 101 Rye was spread “incredibly thin because no one saw that coming … [then] boom! Everyone wanted it.”

So how can distilleries keep up with surges in demand, and what tools do they use to predict how much whiskey to stock so as not to risk running out?

One thing distillers have to take into consideration is the time required to age whiskey for the market. The products that run the biggest risk of depletion through demand are those that are well aged. Russell says that the Wild Turkey “sweet spot” of whiskey maturity is between 6 and 13 years. Brown explains that before Buffalo Trace put formal forecasting measures in place, the distillery risked a supply crisis because it came close to not having enough mature whiskey in stock. “As demand rose and our buffer stock was depleted, we needed to plan right down to the last barrel, literally,” he says. “We became aware that demand was rising faster than supply—and that we needed to ramp up production to try and catch up.”

Denny Potter, the master distiller and general manager for Maker’s Mark, points out that it’s crucial for every part of whiskey production to add up. “There isn’t one aspect of the production process that receives a disproportionate amount of attention,” says Potter. “If you add distillery capacity, we’ll need a place for the barrels. If we have more whiskey to bottle, we’re going to need the finished-good warehouse capacity to distribute it.”

Woodford Reserve has to take into account its barrels when anticipating future demand for its whiskey. The distillery uses its own cooperage to make custom barrels, which helps maintain the consistency of flavor in its products. A spike in production could deplete resources for the barrels. “Woodford Reserve has to plan on having our unique proprietary recipe barrels produced,” says Chris Morris, Woodford’s master distiller. “That requires having oak from all three terroirs available. Any deviation from our barrel ‘recipe’ would result in a change in Woodford Reserve’s flavor.”

Predicting just how much whiskey a distillery must produce to avoid falling short is a sophisticated process. Brown says there about 12 people on the Buffalo Trace forecasting team, and their estimates of what should be produced are “based on a mix of category and sales trends, experience and intuition … a reasonableness compared to other brands in the market, and plain guesswork.” Apart from the company’s own database and sales programs, he says, “we look at global data—IWSR, NABCA, and IRI data—for all the main whiskey brands, set our goals and time frame, then work backward to calculate the number of barrels we need to make each year for the next 20 years or so. It all starts with the sales forecast.” 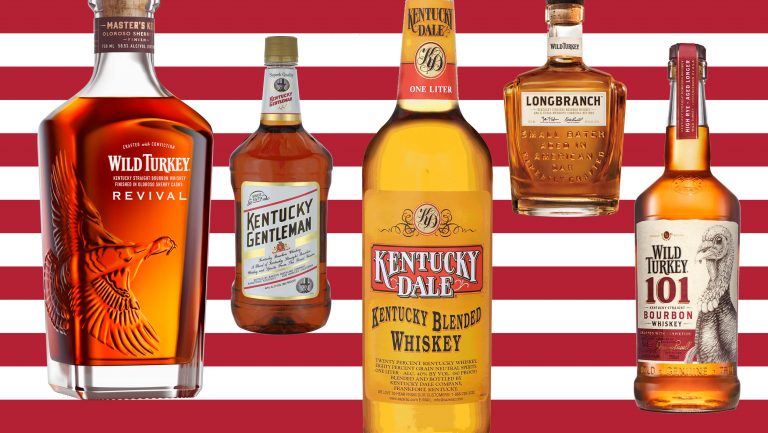 Proper forecasting results not only in the best management of product availability but also in visibility, which ultimately translates to strong future sales. Buffalo Trace doesn’t leave the calculation of future whiskey demand entirely up to human assessment. Says Brown, “We have a very large computer—think Alan Turing’s World War II enigma machine decoder,  the bombe—that crunches all the forecasts and produces the number of barrels we need to make each year. It crunches past sales histories by brand, by category, and then projects expected trends moving forward. The software then takes a 30-year sales forecast for each brand by month in 9-liter cases, converts it back into regauged proof gallons (RPGs), adds an allowance for evaporation, and then tells us how many barrels of which recipe to produce by month and which warehouse location to store [them] in.”

Smooth Ambler Spirits, based in Maxwelton, West Virginia, began as an independent nondistiller producer, sourcing from MGP in Lawrenceburg, Indiana, but has now incorporated house-distilled liquid in its mix of products. John Little, Smooth Ambler’s master distiller, says he faced unforeseen shortages when he bought less than half the barrels needed to satisfy the demand for Old Scout, a product line that starts with a minimum of eight years of age and relies on consistent sources of mature stocks. Smooth Ambler was acquired by Pernod Ricard in 2016, and to project future supply needs, the company now has access to fellow Pernod brand Hiram Walker’s method of analysis. “For years,” says Little, “we created barrel models off the back of an envelope or on fairly simple Excel spreadsheets. Hiram Walker & Sons created a product called the WAM. [That’s] an acronym for their house-developed whiskey allocation model. It’s maintained by their director of business development for spirits—Laura Bezaire.”

Little explains how the system works, taking into account the inevitable angel’s share. “The model,” he says, “allows us to enter existing stock, both house produced and sourced, and then to maintain the inventory through monthly barrel drain-and-fills. It accounts for evaporative loss—roughly 3 percent for us—and based on historical data, we can match that to the yield we’re getting from barrels drained, [or] dumped.” The system is also customizable. “We can assign a priority to any one product over another … [and] enter the preferred age of the stock we’d like to use for each product. Based on sales forecasts, we also know how much new make of each spirit type to be producing monthly and annually. In addition, the program has the flexibility to handle what-if scenarios, so we can test formula changes or forecasts to see how inventory is affected.”

One significant, uncontrollable variable is the 25 percent EU surcharge slapped on American-made products like whiskey in retaliation for the steel and aluminum trade tariffs enforced by the U.S. earlier this year, which have forced distillers into major price hikes. Before this complication, craft whiskey producers, discouraged by the competitive landscape in the States, had established a fan base in the European market and were producing to meet that demand. Scott Harris, the master distiller of Catoctin Creek in Purcellville, Virginia, points out that there are 60 craft distilleries in his state alone. “With so much competition on a local level,” he says, Catoctin had been “successfully growing markets in Europe since 2013.” While corporate distilleries say they can afford the consequences for now, says Harris, the surcharge is “really hurting American small businesses.”

Harris says that before the surcharge, he was able to warehouse stock of Catoctin Creek products in Europe and he could rely on presales for 25 percent of his business. This year sales did not meet projected figures for Europe—they’ve dwindled so significantly that any profit was canceled out. There is a chance that both sides could reach an agreement to put a ceasefire to the trade war, though how long that could take is something even sophisticated computers can’t predict. Harris is cautiously optimistic. “I’m treading water,” he says. “But that’s my thing—I’m a swimmer.” Smooth Ambler’s Little is distressed by these developments. “We’ve become a pawn in a game we have nothing to do with,” he says. “It’s [created] a real fear of the unknown.” The decrease in sales has nothing to do with brands’ quality or producers’ set prices; the distillers really have no control over the situation. For smaller businesses, this unknown element makes it even more challenging and expensive to attempt to accurately forecast demand.

Now more than ever, whiskey producers have to be willing and able to play the long game on many levels. Producing a quality product is not as simple as just waiting for time to work its magic on resting distillate. “The whiskey business,” says Brown, “is a long-term proposition that requires a very high rate of capital investment over a long period of time.” These days it requires access to good-quality grain, cooperage, clean water, yeast … and a reliable crystal ball.

Amanda Schuster is a freelance writer with over 15 years of experience covering wine, spirits, cocktails and occasionally things you eat with those things. She is the author of New York Cocktails from Cider Mill Press. She can’t wait to have a Martini or Manhattan that is made in front of her from across a bar stool again.

The spirits industry is evolving to meet shifting consumer demands and a changing world. Here are the trends that will shape the year to come

From complications of agave spirits’ massive growth to the evolving category of ready-to-drink cocktails, these are the spirits stories that resonated most this past year

A cumbersome certification process and growing consumer awareness have prompted more mezcal distillers to embrace the agave spirits label instead.