Using our most-read articles as a barometer, we found that our audience was largely focused on innovations in the brewing space this year. As these articles indicate, brewers are looking far and wide for inspiration and ways to differentiate their products in an increasingly crowded space. We saw beer makers experimenting with alternative yeasts and bacteria, exploring an array of packaging formats, and collaborating with distillers in new ways. And you’ll never believe what came in at #1—it surprised us too. 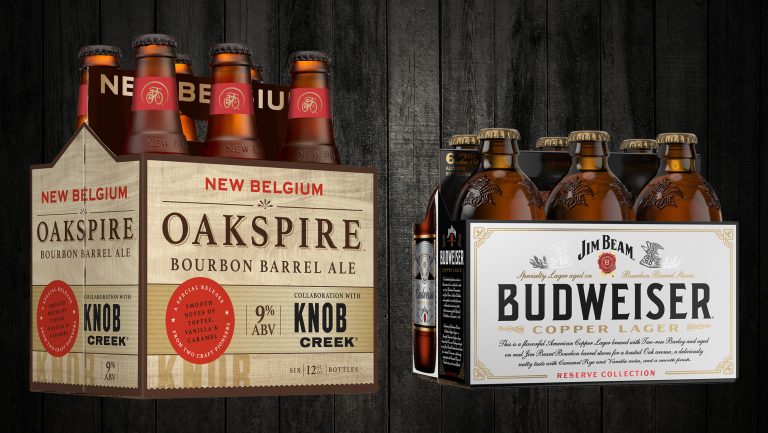 Spend enough time drinking in Texas, and you’ll eventually nip a Shiner Bock and some Balcones single-malt whiskey. The beverages are Lone Star liquid icons, bar staples sometimes served side by side. Any close relationship, though, could always be closer.

One fine day, the folks from Spoetzl Brewery, which makes Shiner, among other beers, reached out to Balcones. The Shiner, Texas, brewery professed admiration and proposed a working partnership. The companies riffed on ideas and landed on this winner: Balcones, from Waco, Texas, would brew a Spoetzl beer recipe and distill it, while the brewery would mature beer in the distillery’s used barrels. [Read more]

When releasing a first beer to market, most brewers avoid brazenness. Screwing up has consequences—the monetary costs of a failed concoction, the rebuke from persnickety reviewers. But Jared Rouben is a notable exception.

When Rouben opened the Moody Tongue Brewing Company in Chicago in 2014, his former employer—the three-Michelin-star restaurant Per Se in New York City—challenged him to brew an unconventional beer for an exclusive dinner. His first beer therefore incorporated a $100-per-ounce ingredient: black truffle. Adding to the challenge, the beer was to be a pilsner, one of the most difficult styles to brew since it requires more cooling and its light profile easily reveals flaws. [Read more]

8. Brewers are Looking to Sake for Fresh Inspiration

Josh Hembree never loved extra special bitters—the classic British beers always tasted flat and lackluster to him, their quality dulled by lengthy transit. Then the brewing veteran traveled overseas to work for Fuller’s Brewery in London. He tipped back ESBs on their native turf and found their biscuit and toffee flavors balanced and beautiful.

“I was drinking beer that I always found to be average but finding it to be exceptional [now] because it was local and fresh,” says the San Diego local. That led to a far-out Far East epiphany. “It crystallized to me that nobody was really showing sake the love it could get.” Hembree, whose résumé includes stints at Stone and Belching Beaver breweries, had seen beer evolve from a humdrum commodity to a wide-ranging platform for flavorful expression. Perhaps the Japanese rice alcohol was ripe for reinvention, too. [Read more]

Ross Koenigs knew that scent from somewhere. New Belgium’s research and development brewer was testing a novel strain of Lactobacillus, the souring bacteria that morph milk into yogurt. In fact, this culture came from Noosa, a high-fat, highly flavorful yogurt brand.

Koenigs sniffed his experimental beer again, and his mind skipped back to childhood: SweeTarts candy, at once fruity, acidic, and exotic. “Many lactic acid bacteria produce a clean lactic profile,” Koenigs says. “This one just felt a bit fruitier to us. It was something that we felt was quite unique.” [Read more]

After four decades of helping to jump-start and fine-tune the craft beer industry, David Logsdon, the brewer, pioneer in yeast propagation, and owner of Logsdon Farmhouse Ales in Hood River, Oregon, is ready to pass the baton to the next generation of Pacific Northwest craft brewers. [Read more]

5. Why Brewers Are Embracing Magnum Bottles

Variations such as the oak-seasoned 100 Ft North are packaged in 750-milliliter bottles that are regularly available at Suarez’s taproom near Hudson. Top-shelf quality notwithstanding, North rarely draws feverish droves, except when Suarez alters one variable: size. “If we sell magnums, people will line up and it will fly out the door,” he says of the 1.5-liter bottle, which costs $32. “We’ve been quite surprised about how excited people get about magnums, even though we have thousands of the same beers in 750s.” [Read more]

4. Why Beer Professionals Are Becoming Cicerones

By the late 1990s, Ray Daniels had had more bad experiences with beer than he cares to remember. America’s craft brewing scene was making strides, but beer bars were not. He’d go into a bar, and servers couldn’t answer questions about the tap selection, or worse, the beer was off because draft lines weren’t clean. Daniels—who has an MBA and worked in corporate sales and public relations before becoming an editor and publisher for the Brewers Association—saw a gaping hole and knew he had the knowledge and enthusiasm to fill it. He conceived the idea for a program to train and certify beer experts, trademarked the term cicerone (when used in circumstances pertaining to beer), and in January 2008 launched the Cicerone Certification Program (CCP), of which he is now the director. [Read more]

After a series of brand identity exercises, the North Carolina brewer unveils a sleek, modern look

Highland has always been backed by that history, but the brewery, which was founded in homage to the Scottish and Irish populations that settled the Appalachian region of North Carolina, began to shift away in recent years from the U.K.-inspired beers it originally focused on to more modern, American styles. Lately, Highland has become known for its IPAs and experimental one-offs much more than for its English pale ales and porters.

2. Why Brewers Are Turning to Can Conditioning

The Queens, New York brewery sold its rustic saisons, sours, and wild creations in corked-and-caged bottles, naturally carbonated through a secondary fermentation. Called bottle conditioning, the technique creates a softer effervescence and more multifaceted flavor as compared with force carbonation, in which beers are infused with carbon dioxide. Switching to cans would likely mean losing the delicate fizz, a prospect less alluring than warm malt liquor.

But worse still would be irrelevance. “All things being equal, we’re in a moment where people look toward cans and want cans,” Accardi says. Transmitter read the writing on the store shelves and in January started selling canned saisons and golden ales. The brewery didn’t capitulate so much as innovate: It cracked the code on can conditioning. [Read more]

1. Why Brewers Are Turning to Carbonation-Free Beer

On a rowdy spring night at a Nashville dive bar decorated like eternal Christmas, a cheerful brewer passed me a plastic pouch of jiggling mystery liquid.

I’m never one to turn down a boozy offering, no matter how dubious, so I gripped the squishy bag and squeezed the spigot. I expected wine, but the thin stream tasted funky and cuttingly acidic, a sour beer minus one seemingly essential component: bubbles. [Read more]

Variety packs, homegrown grains, and fewer SKUs are all on the docket for the beer industry in the coming year

Too much foam is often treated as a flaw, but some U.S. establishments are embracing this little-known Czech custom

Breweries are using kveik, a kind of Norwegian farmhouse yeast, to produce lager-like beers in a matter of days or weeks rather than months