According to our readers, the most intriguing stories about beer are those that tout expert advice, from how to recognize off-flavors in beer, to the craft beer trends identified at the Great American Beer Festival. Tasting and describing beer was an unexpected hot topic this year, and our audience flocked to a story on beer vocabulary in which six beer professionals told us about the words they prefer—and avoid—when talking to customers about beer. As you’ll see below, our list of top stories also speaks to the changing tastes of consumers, and how brewers can stay on top of demand. Coming in at #1, our most-read beer article of 2019 covered the rise of low-calorie, low-craft beers.

5. How to Identify Off-flavors in Beer 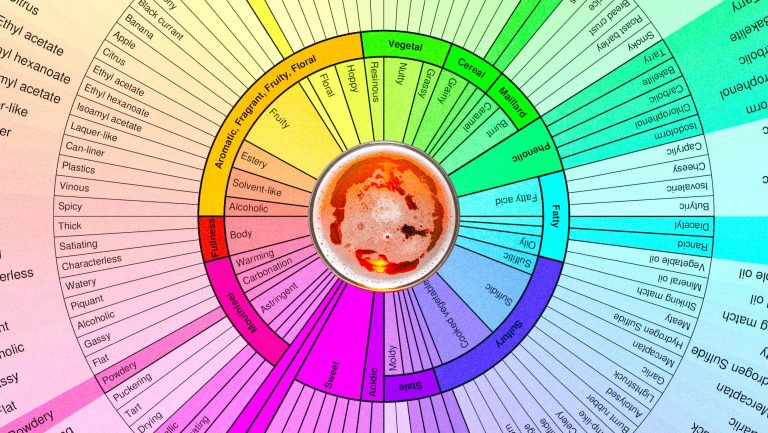 At times, bar and restaurant patrons send back a beer not because they don’t like the style but because they claim it contains an “off-flavor”—an unpleasant taste or smell that in most cases shouldn’t be present. Although brewers do their best to release perfectly made products, sometimes a beer can develop an unintended flaw at some point during brewing, packaging, storing, transporting, or serving. So how do servers know if a beer is, indeed, tainted? Here’s a guide to eight of the most common off-flavors associated with beer and what servers should know about them—with a reminder that most off-flavors have their place in at least one or two beer styles. [Read more]

To stand out in a crowded field, breweries are sourcing cutting-edge hops

To stay ahead of demand, hop researchers and farmers have been busy breeding new varieties, which can take upwards of a decade to come to market as growers grapple with yield, disease resistance, and the question as to whether a hop smells or tastes desirable. Now their latest labors are bearing fruit, with fresh varieties primed to set beer on delicious new pathways. Here beer industry experts identify six key hops for 2019, including the coconut-like Sabro and the pop of passion fruit and pot that characterizes Strata. Now is the time for brewers to start planning for future beers and hops contracts. [Read more]

Hoppy, light, and funky are among the vague terms beer purveyors swap out to help customers find desired flavors and styles

Beer professionals spend a lot of time describing beer to customers. It’s not always easy. Employing a diverse beer vocabulary, without resorting to descriptors that have become tired or meaningless through overuse, can make or break a sale. SevenFifty Daily asked six beer professionals to tell us about the descriptors they avoid and suggest words that better facilitate customer conversations. Each of them emphasizes that the most important way to minimize misunderstandings is to be as specific as possible with beer language. [Read more]

Craft beer’s market expansion is slowing, but still growing. As new breweries continue to open across the country, brewers must balance satiating consumer demand with popular styles against creative passion projects that will set them apart from their competitors. When it comes to predicting upcoming craft beer trends, the Great American Beer Festival (October 3–6 in Denver), the largest annual beer competition and festival in the United States, is a harbinger of American craft beer’s evolution. This year, 322 judges tasted 9,497 beers over 107 beer style categories submitted by 2,295 American breweries. (That’s 1,001 more beers than 2018, sent in by roughly one-third of all craft breweries currently operating in the U.S.) Approximately 800 breweries poured over 4,000 beers on the festival floor as well. [Read more]

In December 2018, Sam Calagione, the founder of Dogfish Head Brewery in Milton, Delaware, publicly resolved to end the month of January healthier than he began it by being more physically active, eating more healthfully, and drinking beer—specifically, by committing to drinking only Dogfish Head’s SeaQuench Ale, a tart gose with a lower-than-average alcohol content and thus fewer calories than most craft beers (which typically contain 150 to 300 calories per 12-ounce can). SevenFifty Daily spoke with Calagione about three weeks into his regimen, but beyond Calagione’s personal lifestyle goals, his monthlong challenge reflects a growing consumer trend toward health and wellness—a trend extending to an increased interest in lower-calorie beers among craft beer consumers. [Read more]

Variety packs, homegrown grains, and fewer SKUs are all on the docket for the beer industry in the coming year

Too much foam is often treated as a flaw, but some U.S. establishments are embracing this little-known Czech custom

Breweries are using kveik, a kind of Norwegian farmhouse yeast, to produce lager-like beers in a matter of days or weeks rather than months